Please ensure Javascript is enabled for purposes of website accessibility
Log In Help Join The Motley Fool
Free Article Join Over 1 Million Premium Members And Get More In-Depth Stock Guidance and Research
By Dave Kovaleski – Jun 5, 2020 at 9:30AM

A new CFPB study says nearly half of Americans don't have enough funding to maintain their lifestyle in retirement.

In a new study on the spending habits of retirees, the Consumer Financial Protection Bureau (CFPB) found that 49% of those who retired between 1992-2014 were not able to maintain the same level of spending in the first five years of retirement.

The study, "Retirement Security and Financial Decision-making," revealed that just 27% were able to maintain spending levels in that same period with income from pensions, Social Security, annuities, and other sources of regular income. Another 24% could spend at pre-retirement levels with income along with savings, investments, retirement accounts, and non-housing assets.

Furthermore, the study indicated that spending levels don't drop because people have fewer expenses or their spending preferences change. Instead, CFPB found that spending typically declines from an inability to meet expenses. Specifically, the analysis found that retirees who could not maintain spending levels reduced their expenses 28% from the first year in retirement to the sixth. Of that number, 17% reduced spending by 50% or more over that time frame. 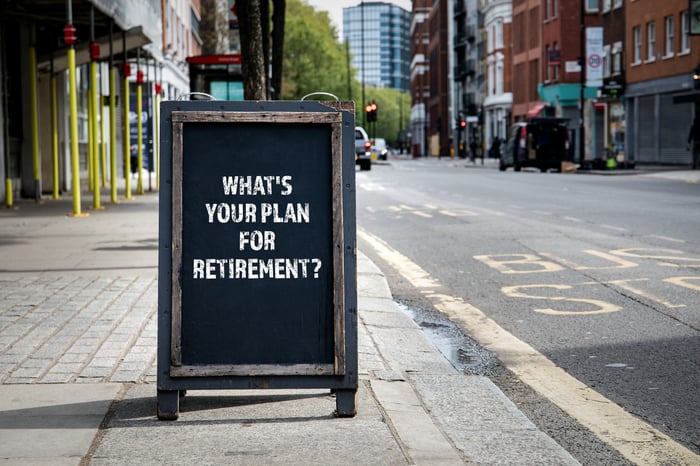 The study also outlined the key reasons why people had spending shortfalls, which provides valuable insight to Americans approaching retirement.

Chief culprits and how to overcome them

The study revealed that homeowners (59%) were for more likely than renters (30%) to maintain spending levels in retirement. Among homeowners, not surprisingly, 61% of those who paid off their mortgages were able to maintain spending levels compared to 55% of those who still had a mortgage. This data confirms the importance of not having to pay that monthly rent or mortgage. If you are close to paying off your mortgage, it is optimal to do so before you retire. If you are not, or you rent, it may be beneficial to downsize or relocate to a place where you can find a more inexpensive home.

Non-mortgage debt was also a critical factor. Only 42% of those who carried auto loans, student debt, significant credit card balances, and other forms of debt were able to meet pre-retirement spending levels, compared to 55% with no such debt. Clearly, sound financial decision-making and living within your means leading up to retirement make a huge difference. If you are approaching retirement age and carry sizable debt in any of these categories, it may be wise to create a budget to pay down your debt now while you are still working to avoid major sacrifices in retirement.

The CFPB study pointed out the importance of having a defined benefit pension for retirement income. It found that 73% of those with pensions kept up spending levels in retirement versus 39% of retirees without a pension. Unfortunately, the number of people with a pension these days is dwindling, so retirees have to make sure they are adequately prepared from an income standpoint.

To that point, the study highlighted the importance of taking Social Security at the right time. Specifically, 65% of retirees who claimed Social Security benefits at or after their full retirement age (FRA) were able to maintain the same spending level after retirement, compared to 55% who took it early. The distributions go down about 6.7% each year you take it before the FRA (which is either 66 or 67 depending on your age), and 20% if you take it more than three years early.

As a general rule, you should have 10 times more than your final year's salary to live in retirement. So, if you made $65,000 when you retired, you should have $650,000 set aside for retirement. There are other formulas you can use, as my colleague Christy Bieber explained in a past article. That calculation will help you determine how much you need to accumulate in your savings, 401(k), and retirement accounts. Just as it's smart to start paying down your debt now, it's also a good idea to maximize your savings so that you have more money when you need it.