Get them while you can, because these high-yield dividend stocks may not be this cheap for long.

With the broader market rallying more than 40% from its lows back in March, many stocks are now far from cheap.

Fortunately, some of the best value stocks are still trading at attractive prices and are far less expensive than the market as a whole. For instance, the S&P 500 index, on average, was trading Friday at a lofty forward price-to-earnings ratio of 24.

Read on to learn about some outstanding dividend-paying businesses that are currently trading at less than half this forward P/E ratio. These three stocks might qualify as top value stock investments for the month of June. 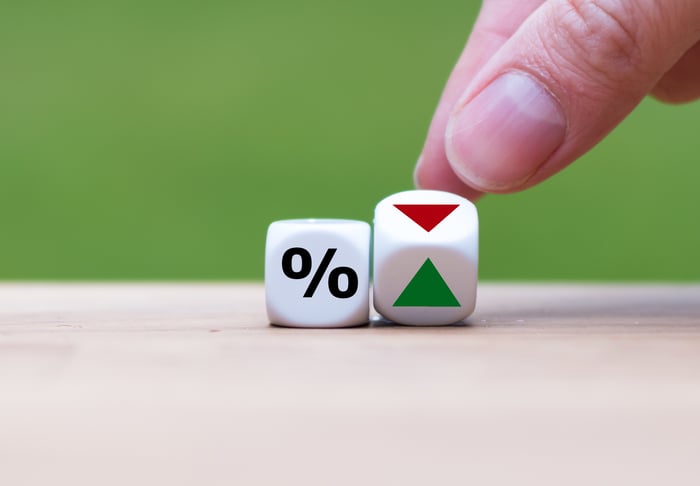 These stocks are trading at a discount to the broader market. Image source: Getty Images.

Kinder Morgan (KMI -0.29%) is one of the biggest energy infrastructure companies in the world. It possesses the largest natural gas transmission network in North America, with more than 70,000 miles of pipelines that transport roughly 40% of the natural gas used in the U.S.

The energy infrastructure giant's shares can currently be had for only eight times the amount of distributable cash flow it expects to generate in 2020 -- its forward P/E -- and the dividend for the stock yields a sizable 6.3%.

Altria (MO -0.73%) dominates the U.S. tobacco industry. Though smoking rates continue to decline, price hikes and cost cuts have allowed the tobacco king to continue to consistently grow its cash flow over time. Altria passes this cash on to shareholders via hefty dividend payments; its shares currently yield 8%.

Altria's bountiful cash flow generation -- it produced $7.6 billion in 2019 alone -- also gives it the ability to invest in new growth opportunities. Altria paid $1.8 billion to acquire a 45% stake in Canadian cannabis company Cronos Group back in March 2019. With one swift move, Altria positioned itself to capture a significant share of a global cannabis market that could approach $200 billion by 2030, according to investment bank Stifel.

Better still, you can currently pick up some Altria shares for only about 10 times analysts' earnings estimates for 2020, or about 60% less than the forward P/E ratio of the S&P 500. 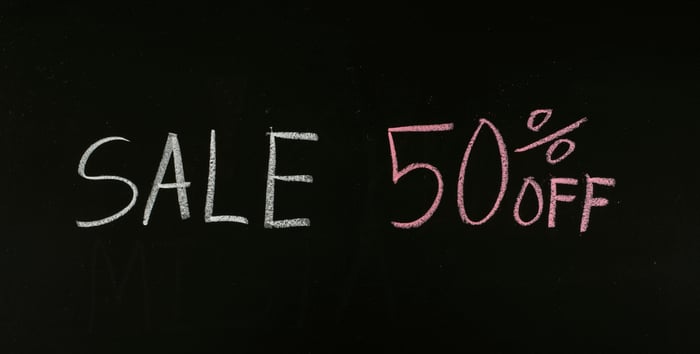 These value stocks are the bargains you're looking for. Image source: Getty Images.

Verizon Communications (VZ -0.01%) is another value-priced, high-yield dividend stock. The telecom titan's massive wireless subscription business generated $17.8 billion in free cash flow in 2019, and that's after reinvesting an equal amount in maintenance and growth expenditures. Like Kinder Morgan and Altria, Verizon passes much of its excess cash production on to its investors through its bountiful dividends. Its shares currently dividend yields of 4.3%.

But Verizon is more than just a stodgy phone company. The coming 5G revolution promises to usher in a wave of exciting technological advances, including an explosion in internet-connected devices, known as the Internet of Things. Thanks to its enormous cash flow production -- which should allow it to invest aggressively in the build-out of its fifth-generation network -- Verizon is set to play an important role as a provider of 5G communications technology.

Best of all, Verizon's shares can currently be had for only about 12 times analysts' earnings forecasts for 2020 -- a bargain price considering its attractive cash flow metrics, dividend yield, and long-term growth prospects.