Please ensure Javascript is enabled for purposes of website accessibility
Log In Help Join The Motley Fool
Free Article Join Over 1 Million Premium Members And Get More In-Depth Stock Guidance and Research
By Donna Fuscaldo – Jun 8, 2020 at 10:47AM

With the stock closing Friday's trading session at $2,482.74 a share, that implies nearly 33% upside. The move puts RBC analyst Mark Mahaney on the top of the list of Amazon bulls. 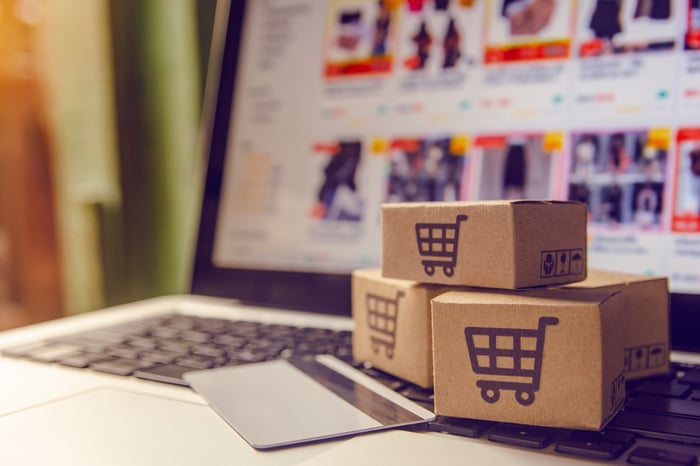 RBC said in a research report, which was covered by the media, that a U.S. e-commerce survey supports its view that Amazon is a "structural winner" from the pandemic. The analyst also pointed to Prime, its membership program as a driver of future growth. "Most importantly, Prime penetration surged to 67% vs. 59% in 2019 -- we see Amazon rapidly approaching 200MM Prime subs worldwide, up from 150MM in January," wrote Mahaney according to MarketWatch.

Even prior to the pandemic, business at Amazon was booming as it continued to be the preferred destination for online shoppers. During shelter-in-place orders aimed at slowing the spread of the virus, consumers turned to the tech giant in record numbers. The company was forced to hire 175,000 delivery and warehouse workers to meet the surge in demand. And while it staffed up, delivery times for many orders got pushed out as Amazon focused on essential orders only. For almost a month, it stopped shipping products from third-party sellers through its logistics system if they were viewed as
nonessential." Since then Amazon has resumed normal operations although some deliveries are still slower than usual.

RBC wasn't the only Wall Street firm to get more bullish on Amazon Monday. TheStreet.com reported that Baird raised its price target on the stock to $2,750 from $2,550. Baird said it made the move following a report of strong e-commerce volumes in May generally and for Amazon in particular. Both Wall Street firms maintained outperform ratings on the stock.