Please ensure Javascript is enabled for purposes of website accessibility
Log In Help Join The Motley Fool
Free Article Join Over 1 Million Premium Members And Get More In-Depth Stock Guidance and Research
By Billy Duberstein – Jun 8, 2020 at 10:00AM

Coming after an even stronger April, Discover continued to rise on optimism over an economic recovery.

Shares of Discover Financial Services (DFS 3.74%) rose 10.6% in May, according to data from S&P Global Market Intelligence. The financial company, which is mostly a lender, but also has its own card network, saw its stock price rise again in May after an even stronger April, in which Discover rose 20.5%.

Discover rose as other financial and fintech stocks reported during May, giving hints of normalizing activity as economies slowly began reopening and customers began spending again. 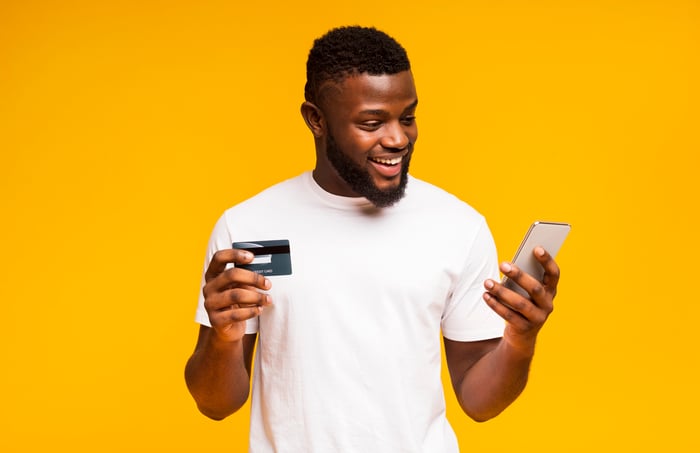 Discover had beaten expectations for revenue in its April earnings report, which perhaps fueled momentum into early May. Then in mid-May, many financials and credit card stocks got a further boost after peer Mastercard (MA 3.71%) gave a business update. Mastercard said it was seeing "the normalization phase in some markets" in terms of consumer spending during the first two weeks of the month -- though switched volumes were still below those of last year.

Those stats could merely amount to noise, but declining delinquency rates could also suggest that the worst of Discover's credit losses may be behind it. The emergency measures passed by the CARES Act stimulus bill in March may also be helping the consumer make more of their payments during that time.

Not only did Discover continue to rise in May, but the stock is up a stunning 27.6% in June, just one week into the month, after last Friday's surprisingly positive jobs report.

Discover has more than doubled off its March lows, but it still sits about 33% below its 52-week highs. While I wouldn't expect Discover to recover all those losses amid a low-interest rate environment, the stock is still cheap enough to continue climbing as long as economic activity continues to improve.