Please ensure Javascript is enabled for purposes of website accessibility
Log In Help Join The Motley Fool
Free Article Join Over 1 Million Premium Members And Get More In-Depth Stock Guidance and Research
By Beth McKenna – Updated Jun 10, 2020 at 9:28AM

Shares of the online personalized apparel retailer closed down 5.5% on Tuesday.

Shares of the online personalized apparel retailer closed down 5.5% on Tuesday, which we can attribute to both revenue and earnings falling short of Wall Street's consensus estimates. 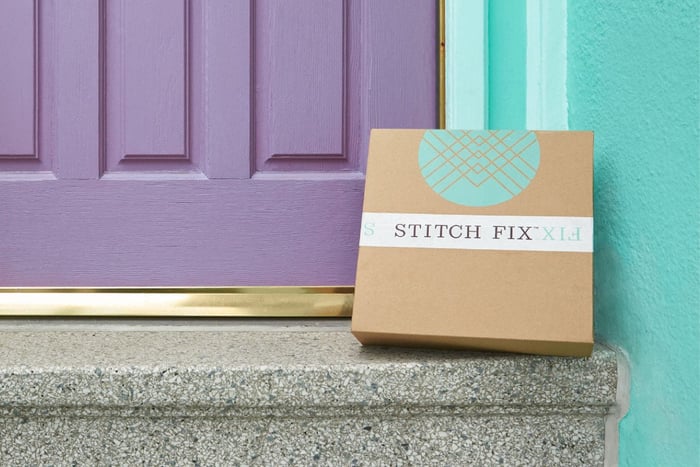 My gut feelings from Stitch Fix's recent unspectacular revenue performance for such a newly public company (it held its initial public offering in November 2017) is that this quarter's revenue would have been on the lighter side even if we remove the pandemic from the equation. Of course, this is just speculation, and we have no way of removing the pandemic effect.

For context, in the last two quarters, sales rose 22% year over year.

2. The number of active clients grew 9%

Data source: Stitch Fix. YOY = year over year. *Overstates underlying performance since net annual revenue benefited from an extra week in Q4 of fiscal 2019 relative to the year-ago period. Adjusting for the extra week, this metric rose about 4%.

Sequentially, the number of active clients declined slightly, as this metric was 3.5 million last quarter. Average annual net revenue per active client was essentially flat with last quarter, when it was $501.

Stitch Fix considers an active client to be any customer who has bought at least one item from a "fix" or received at least one item ordered from its direct-buy function in the last 52 weeks. (A fix is a group of five items the company automatically sends clients each month.)

The operating loss came in at $46.1 million, compared with an operating loss of $4.6 million in the year-ago period. The ballooning loss was driven by increased costs associated with the pandemic.

For instance, the company's supply chain was disrupted. In mid-March, it announced that it temporarily closed three of its six distribution centers within the U.S. (in San Francisco Bethlehem, Pennsylvania, and Dallas) to comply with state and local public health orders.

Gross margin was a factor in the operating loss expanding, as it landed at 40.8% in the quarter, down from 45.1% in the year-ago period.

Stitch Fix posted a net loss of $33.9 million, or $0.33 per share, compared with net income of $7.0 million, or $0.07 per share, in the third quarter of last fiscal year. Wall Street was looking for a loss per share of $0.16, so the company missed the expectation.

(In the year-ago quarter, the reason the company posted an operating loss yet a gain on the bottom line is that it received a tax benefit.)

The company ended the quarter with $96.8 million in cash and cash equivalents, down from $156.7 million in the year-ago period.

A weak quarter, though management expects growth to resume in Q4

Stitch Fix turned in a weaker quarter than many investors probably expected, even taking the global crisis into account. I think the market's reaction, driving shares down 5.5%, was about right for the situation.

On the positive side, CEO Katrina Lake said she expects the company to return to year-over-year growth in the fiscal fourth quarter. Here's part of what she had to say in the earnings release:

In a time period where the broader apparel and accessories market saw sales decline 80%, we delivered $372 million in net revenue and expect a return to positive growth in Q4. We believe our business model and balance sheet uniquely position us to thrive in retail's next era, and we're excited to demonstrate that in the quarters ahead.

Can Stitch Fix Stock Recover in 2022?