The EU wants regular updates on what the social media giants are doing to curb COVID-19 fake news and ads.

Facebook (META -0.93%), Alphabet's (GOOG -0.19%) (GOOGL -0.21%) Google, and Twitter (TWTR -1.35%) are facing calls from European Union officials to provide monthly progress reports on their efforts to keep misinformation off their platforms.

During a press conference covered by Reuters, Josep Borrell, the foreign policy head for the EU, and Vera Jourova, VP for values and transparency at the European Commission, expressed concern about how misinformation on social media is putting the public in harm's way. 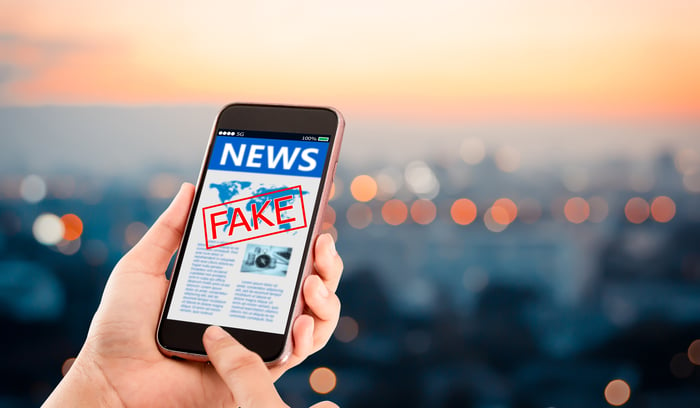 The officials pointed to vaccinations as one example. Citing a recent study, they said that over the last two months people living in Germany's acceptance of vaccinations have decreased 20 percentage points. That could create a disaster situation if a vaccine for COVID-19 is developed but people balk at taking it, preventing the herd immunity that's necessary to stop the disease from rapidly spreading.

"It really showed that disinformation does not only harm the health of our democracies, it also harms the health of our citizens. It can negatively impact the economy and undermine the response of the public authorities and therefore weaken the health measures," Jourova said at the press conference covered by Reuters.

The EU officials want the tech stocks to provide detailed reports each month listing the steps they've taken to promote authoritative information and reduce the misinformation related to COVID-19 as well as actions to keep fake ads off the platforms.