Please ensure Javascript is enabled for purposes of website accessibility
Log In Help Join The Motley Fool
Free Article Join Over 1 Million Premium Members And Get More In-Depth Stock Guidance and Research
By Danny Vena – Jun 10, 2020 at 8:35AM

One analyst says it will be -- and sooner than you might think.

Amazon.com (AMZN -3.01%) has been one of the undisputed winners from the stay-at-home economy. With many consumers sheltering in place and remote work becoming the rule rather than the exception, the e-commerce giant scrambled to handle the unprecedented demand, hiring hundreds of thousands of workers to staff its fulfillment centers and delivery services. As a result, Amazon stock has outperformed the broader market so far in 2020, gaining 36% year to date, while the S&P 500 is essentially flat.

Investors are becoming increasingly bullish on Amazon, and at least one analyst is predicting the stock could soar as much as 33% in the coming year, making him the biggest Amazon bull among his Wall Street peers. 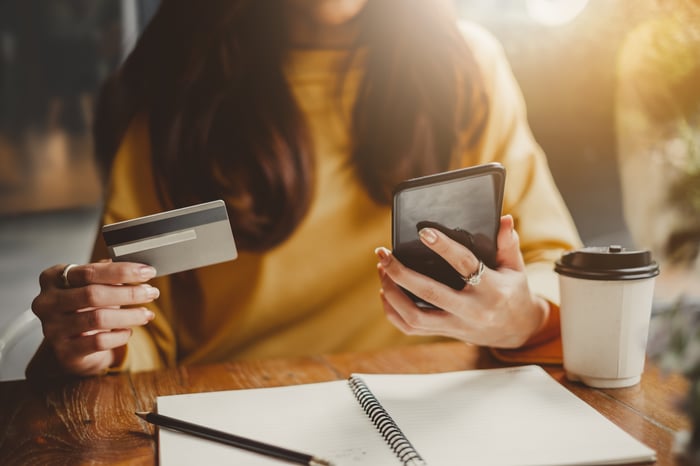 Analyst Mark Mahaney with RBC Capital Markets makes the case that Amazon stock is "primed to be a structural winner" from the accelerated shift to e-commerce brought on by the COVID-19 pandemic. He maintained his outperform (buy) rating on the stock, raising his price target to $3,300, up from its previous level of $2,700, and 33% higher than Amazon's price to close out last week. That would give the company a market cap of more than $1.6 trillion at some point over the coming year.

RBC conducted its eighth annual U.S. Online Shopping Survey, which was primarily focused on Amazon. The results of the survey, combined with other industry data, suggest that the "adoption of online shopping has accelerated materially," as the result of the stay-at-home orders that blanketed much of the world, with a greater number of consumers making digital purchases for the first time.

A look at Amazon's recent financial results certainly seems to bear out that thesis. Net sales grew to $75.5 billion, up 26% year over year in the first quarter, marking the fastest pace of year-over-year growth since the third quarter of 2018. The company reported operating income of more than $4 billion and net income of $2.5 billion -- even in the face of additional expenditures to combat COVID-19 among its workers. Amazon generated operating cash flow of nearly $40 billion, and free cash flow of more than $24 billion.

Perhaps even more important than its robust top-line growth is the growing number of customers subscribing to Prime, Amazon's customer loyalty program. Consumers pay $199 per year for free two-day (or faster) shipping, as well as a host of other benefits, including unlimited access streaming video and music, e-books, and exclusive access to Prime Day (Amazon's annual customer appreciation day sale), among others.

Prime customers are much more lucrative and tend to spend significantly more than other Amazon shoppers. Research suggests that Prime members spend about $1,400 per, on average, compared with just $600 for other customers, according to Consumer Intelligence Research Partners.

RBC's survey found that 64% of Amazon customers make at least two to three purchases per month, up from 54% last year, while 45% of respondents spent more than $200 in Amazon purchases over the previous 90 days. Mahaney estimates that Prime penetration in the U.S. climbed to 67% so far this year, up from 59% in 2019, with its worldwide subscriber base fast approaching 200 million, up from 150 million in January. 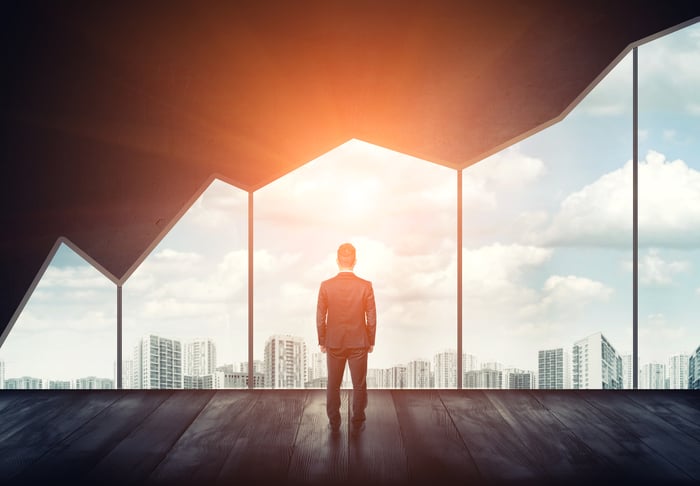 Amazon stock was soaring to new heights, trading above $2,500 as of this writing, as investors acknowledged the company's significant future potential. E-commerce accounted for just 11.8% of total retail sales in the U.S. during the first quarter, so there's still a long runway for growth ahead.

The company is already the undisputed king of online retail, but has only just begun to tap the digital sales market.

This quote from Mahaney says it best: "All in, Amazon appears to be running away with the U.S. online retail crown and remains in a very strong position."