The company is aiding a federal investigation to avoid prosecution.

As the Antitrust Division of the US Justice Department (DOJ) moves to crack down on poultry company executives for a broiler chicken price fixing conspiracy, Tyson Foods (TSN -1.38%) says it has gained leniency by cooperating with the investigation. The company decided to aid the government after receiving a subpoena in late April naming some of its personnel as complicit in the alleged anti-competitive price fixing scheme.

The DOJ recently indicted several prominent poultry industry figures, including the CEO of Pilgrim's Pride (PPC -0.90%), Jayson Penn, and the president of Claxton Poultry, Mikell Fries, among others. The price fixing allegedly took place from possibly as far back as 2012 to 2017. 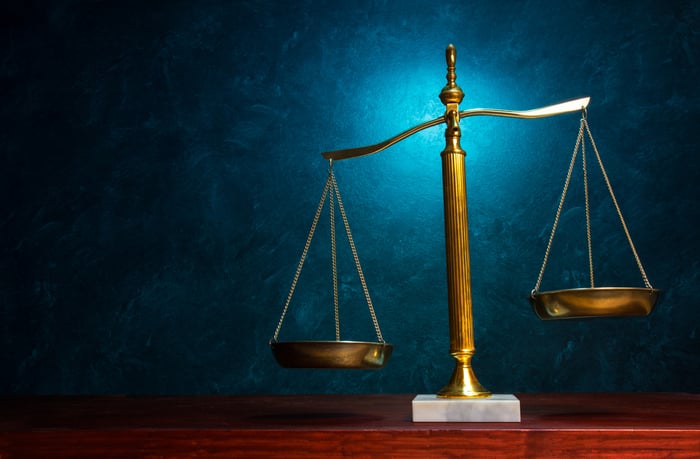 The indictment charging the executives says they "entered into and engaged in a continuing combination and conspiracy to suppress and eliminate competition by rigging bids and fixing prices" in alliance with "co-conspirators known and unknown to the Grand Jury." The maximum sentence is a $1 million fine and 10 years' imprisonment.

In a statement today, Tyson asserts it is "committed to competing vigorously, honestly and in compliance with the letter and the spirit of the antitrust laws." The company has agreed to cooperate fully with the DOJ in exchange for leniency. It says a "formal grant of leniency will mean that neither the company nor any of its employees will face criminal fines, jail time, or prosecution," and that its "swift and decisive actions demonstrate our steadfast commitment to treating suppliers, customers, and partners with integrity."