May was a very good month for game publishers.

Despite a lack of hit new title launches, people bought video games at a near record pace last month. The updated sales figures that NPD released on Friday showed that the industry expanded by 52% in May when compared to a year earlier, thanks mainly to the COVID-19 social distancing efforts that put a premium on at-home entertainment. Video game sales, including hardware, software, accessories, and game cards, were $977 million in the month, the highest for May since 2008, according to a VentureBeat look at the NPD information. 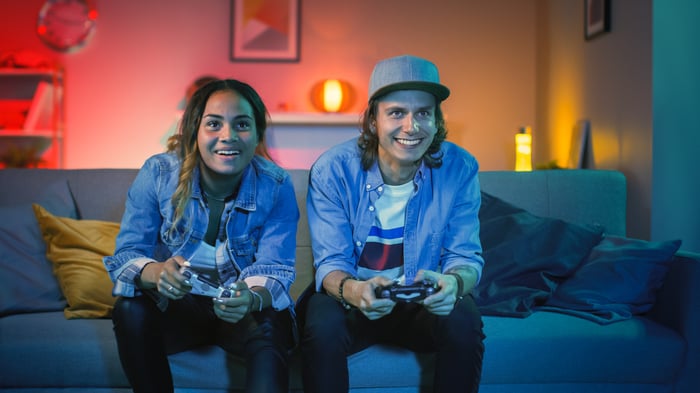 Video game retailer GameStop (NYSE: GME) noted in a recent conference call how the surging interest has created some surprise winners in the industry. "The increased demand for gaming and entertainment has turned good title releases into great title releases as customers seek entertainment options," an executive said.

That spike could be more than just a temporary boost. Sure, demand should wane in the summer months as stay-at-home recommendations are lifted. But the rest of 2020 will bring several major releases, including a few that were postponed during the pandemic mitigation efforts.