Please ensure Javascript is enabled for purposes of website accessibility
Log In Help Join The Motley Fool
Free Article Join Over 1 Million Premium Members And Get More In-Depth Stock Guidance and Research
By Evan Niu, CFA – Jun 12, 2020 at 10:30AM

But it's not a money thing. There are more important strategic benefits that Apple is after.

Rumors have swirled for many years that Apple (AAPL 0.20%) was developing ARM-based chips that could power Macs and displace Intel (NASDAQ: INTC) processors. The Mac maker is finally ready to formally announce those plans later this month at its annual WWDC developer conference, Bloomberg reported earlier this week.

If this comes to pass, Apple will secure greater control over its product roadmaps, freeing itself from relying on a supplier that has been fumbling its launch of 10-nanometer chips. The company also stands to save billions of dollars per year. 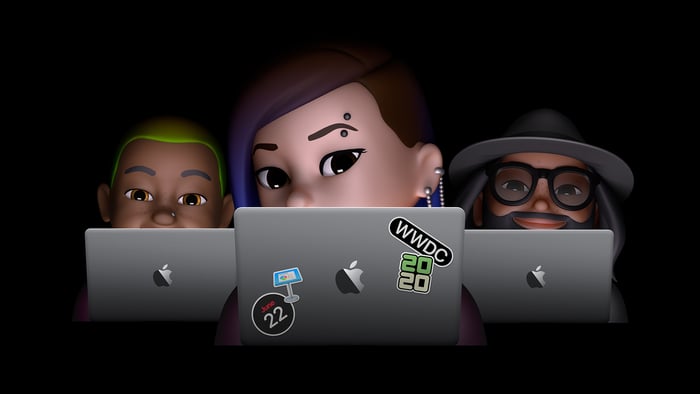 Transitioning to in-house chips could yield estimated cost savings of $2 billion per year, according to Bernstein Research. To be clear, Apple has easily invested far more than that over the years in R&D for its growing portfolio of in-house silicon, including its A-series of processors that power iOS devices. The A13 Bionic chip that powers the iPhone 11 can even compete with Intel's desktop processors in terms of performance, a feat that was unthinkable just a few years ago.

Over the past year, Apple has spent $148.1 billion in cost of sales related to hardware products, which would include things like components, with another $17.4 billion in R&D expenses. As such, $2 billion in annual savings is unlikely to move the needle much financially for the Cupertino tech giant. However, the strategic benefits of such a massive change would be far more valuable.

Apple has for years been increasingly in-sourcing the development of core technologies. CFO Luca Maestri has noted that doing so allows the company to better differentiate its products from competitors, in addition to other benefits.

In-sourcing development is "very important for us because we can push the envelope on innovation," Maestri said at a tech investing conference in 2017 while discussing rising R&D costs. "We have better control over timing, over cost, over quality."

It's worth remembering that Apple blamed Intel supply constraints a year ago when Mac revenue took a hit in the first quarter of 2019, underscoring the risks of relying too much on Chipzilla. The segment would have grown if it weren't for those bottlenecks, CEO Tim Cook had said.

Apple can do it again

Changing chip architectures is no small task though, as Microsoft (NASDAQ: MSFT) can attest. The enterprise software juggernaut has attempted to popularize ARM-based Windows devices for years, most recently with the Surface Pro X that has garnered lackluster reviews.

Among the biggest challenges in pulling off such a switch is software compatibility, since developers need to overhaul their apps for the different underlying architecture. Microsoft's efforts have faced something of a chicken-and-egg problem: Developers will only adapt their software if there are enough customers, and customers will only buy devices that support the software they need.

To its credit, Apple is demonstrably much better at galvanizing all of its stakeholders into the direction it lays out for the future of computing, oftentimes by forcing drastic changes on its loyal user base in the name of progress. The last such transition, when Apple switched to Intel chips in Macs in 2006, was rather seamless.

Apple is reportedly planning to start shipping ARM-based Macs in 2021, which would give developers ample time to tweak their code. The company has pulled off complex transitions like this before, and there should be little doubt that it can do it again.