Please ensure Javascript is enabled for purposes of website accessibility
Log In Help Join The Motley Fool
Free Article Join Over 1 Million Premium Members And Get More In-Depth Stock Guidance and Research
By Rich Duprey – Jun 12, 2020 at 9:08AM

The agreement will help the party supplies retailer implement its turnaround plan.

Party City Holdco (PRTY 4.07%) reported first-quarter earnings that were as bad as one could expect during the coronavirus pandemic, but said it had negotiated a deal with some of its bondholders to raise $100 million while simultaneously cutting its debt load by 25%.

The party supplies retailer saw its stock lose 40% of its value over the past three trading days, dropping 24% just on Thursday. But in pre-market trading on Friday after announcing the deal, shares of Party City were soaring 30% higher. 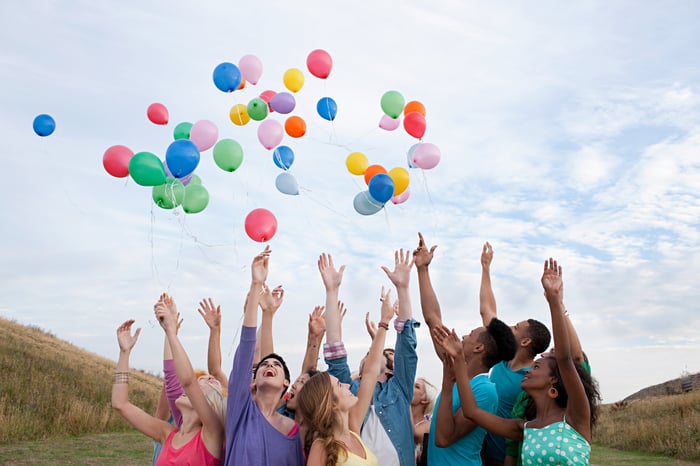 Get the party started

The company said it closed all of its stores on March 18 and launched a curbside pickup initiative a week later. But revenue dropped 19% to $414 million and comparable-store sales collapsed 17% for the period.

E-commerce comps also declined by more than 15%, but when adjusted for the curbside pickup, delivery, and buy online-pickup in store programs, comps were down just 6.9%.

Party City's stock still trades 82% below its 52-week high hit last November, just before it reported disastrous third-quarter results that resulted in the stock losing 60% of its value in one day.