Facebook's WhatsApp is now enabling users in Brazil to send money and purchase items from local businesses within the app.

Facebook (META -1.45%) is bringing digital payments to Brazil via its WhatsApp messaging platform in what is the social media giant's first major push into the market after months of trials and tests.

In a blog post, WhatsApp said that, as of Monday, Brazilian users will be able to send money and make purchases from local businesses using the chat app. 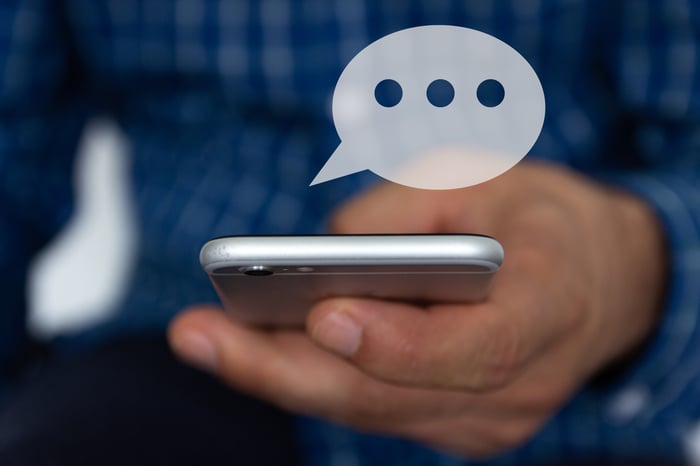 "Payments on WhatsApp are beginning to roll out to people across Brazil beginning today and we look forward to bringing it to everyone as we go forward," WhatsApp wrote in the blog, noting that by making payments easy it can bring more businesses in Brazil into the digital economy.

To keep the service secure, users will have to create a six-digit pin or have their fingerprint scanned to prevent any unauthorized transactions from taking place.  At launch, WhatsApp is supporting debit and credit cards issued by Banco do Brasil, Nubank, and Sicredi on the Visa and Mastercard networks and is working with Cielo, the Brazil-based payments processor.

WhatsApp customers won't be charged a fee for using the service, but businesses will pay a processing fee to accept payments through WhatsApp. The fee is similar to what merchants pay to accept credit card payments, the tech stock noted.

Launching digital payments in Brazil may come as a surprise to some Facebook watchers. India was long expected to be the first place WhatsApp payments launched. After all, the social media giant has been testing the payments feature in India since 2018. According to TechCrunch, Facebook hasn't been able to expand its tests in India because of regulatory roadblocks, which is why it pivoted to Brazil. India is WhatsApp's largest market with 400 million monthly active users, according to TechCrunch. Brazil has around 120 million monthly active users.

Randi Zuckerberg, a former director of market development and spokeswoman for Facebook and sister to its CEO, Mark Zuckerberg, is a member of The Motley Fool's board of directors. Donna Fuscaldo has no position in any of the stocks mentioned. The Motley Fool owns shares of and recommends Facebook, Mastercard, and Visa. The Motley Fool has a disclosure policy.