Please ensure Javascript is enabled for purposes of website accessibility
Log In Help Join The Motley Fool
Free Article Join Over 1 Million Premium Members And Get More In-Depth Stock Guidance and Research
By Howard Smith – Jun 15, 2020 at 11:25AM

Longtime GE Aviation CEO David Joyce has announced his retirement, after 40 years with the company.

After a 40 year career at General Electric's (GE -1.31%) Aviation unit, David Joyce has announced his retirement. He will be replaced by John Slattery, president and CEO of Commercial Aviation at Brazilian plane maker Embraer (ERJ -3.48%). Joyce spent the last 12 years as president and CEO of GE Aviation.

GE Chairman and CEO Larry Culp called Joyce an icon in the aerospace industry, saying, "David's leadership has established GE Aviation as the world's foremost aircraft engine franchise." Culp was named CEO of GE in October 2018. It's notable that Culp is replacing Joyce with an outsider as the aerospace industry struggles from both the Boeing (BA -3.39%) 737 Max grounding and the impacts from the COVID-19 pandemic crisis. 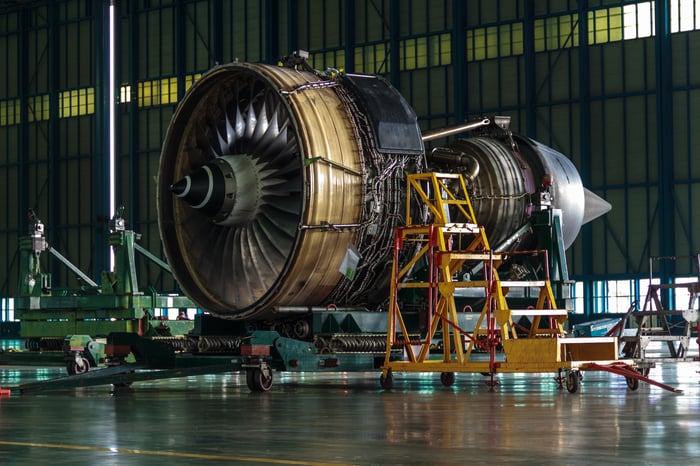 Culp has been working to guide GE through difficult times by increasing liquidity and strengthening the company's balance sheet. He recently said that the company expects negative free cash flow this year, but sees positive free cash flow in 2021. The company received $20 billion in proceeds from the sale of its BioPharma unit to Danaher Corp. and has taken other actions to solidify its balance sheet.

The company has also announced it is seeking to cut 25% of its global workforce from GE Aviation. David Joyce called the demand destruction in commercial aviation brought on by the pandemic "unprecedented" when announcing the plans.

The new GE Aviation CEO will assume the role on Sept. 1, 2020. Joyce will transition to non-executive chairman of GE Aviation through Dec. 31, 2020, and will continue as a strategic advisor into 2021, the company said.