Please ensure Javascript is enabled for purposes of website accessibility
Log In Help Join The Motley Fool
Free Article Join Over 1 Million Premium Members And Get More In-Depth Stock Guidance and Research
By Brent Nyitray, CFA – Jun 15, 2020 at 8:15AM

The mortgage REIT cuts its dividend payment less than expected and surprisingly buys back some stock.

The last two months have been absolute misery for investors in mortgage real estate investment trusts (mREITs). The COVID-19 crisis caused credit to tighten, which wreaked havoc on leveraged mortgage portfolios. Every mREIT has been forced to reduce its balance sheet by selling assets at depressed levels and using the proceeds to pay down debt.

As a result, virtually every mREIT has seen large reductions in book value and has cut its dividend. 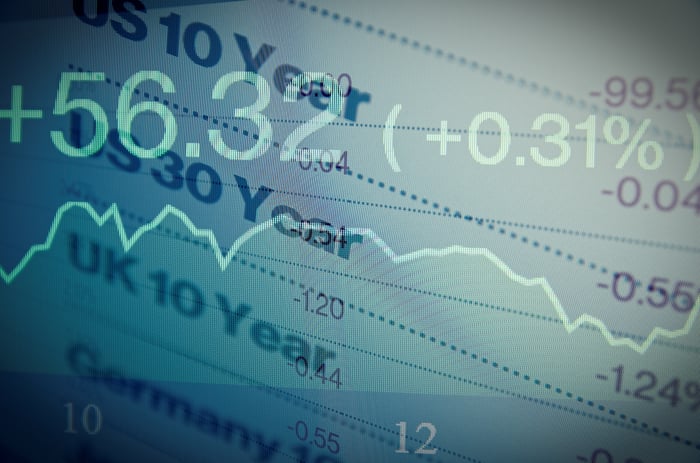 The dividend cut everyone has been waiting for

Annaly Capital (NLY 1.28%) declared its first-quarter dividend of $0.25 per share just as the COVID-19 crisis was unfolding. This was the same dividend the company had been paying, so as the crisis played out, a dividend cut for the second quarter was pretty much expected.

Annaly just declared its second-quarter dividend and indeed it was cut by 12% to $0.22 a share. This was much less than other mREITs, such as AGNC Investment (25% cut), PennyMac Mortgage Investment Trust (47% cut), and MFA Financial, which suspended its dividend entirely. But the positive surprise on the dividend was not the end of it.

Annaly comes right out and says the stock is undervalued

In a press release, CEO David Finkelstein had this to say about the dividend and the company's view of its stock's valuation:

Annaly has declared a quarterly dividend of $0.22 per common share, which sets our dividend yield in line with our historical average and remains attractive relative to various fixed income benchmarks. As we mentioned on our First Quarter 2020 Earnings Call, we are constructive on the operating environment and anticipate core earnings will exceed our quarterly distribution for the second quarter. Together with our Board, we have taken a measured approach to setting a dividend level we feel is sustainable in the current environment. Additionally, we repurchased over $100 million in common stock to date during the quarter. We think it is a prudent allocation of capital as our stock remains undervalued relative to our continued improvement in book value while still allowing us to maintain a robust liquidity reservoir.

There is nothing to dislike in that statement. While most mREITs are deleveraging, and some are raising capital, Annaly is buying back its own stock. The company envisions core earnings per share will cover the reduced dividend, and it sees continued improvement in book value, while it maintains sufficient liquidity. This is a surprisingly upbeat assessment of the company's prospects.

Annaly is trading at the low end of its valuation range

Annaly is trading at a 13% discount to its March 31 book value per share of $7.50, and has a 13.4% dividend yield. This discount to book is at the high end of its historical range, and the last time Annaly traded at a similar discount to book was in 2015, just as the Fed began a multiyear series of rate increases. Nothing like that Fed move is imminent since the Fed just predicted no increases in interest rates until 2023. 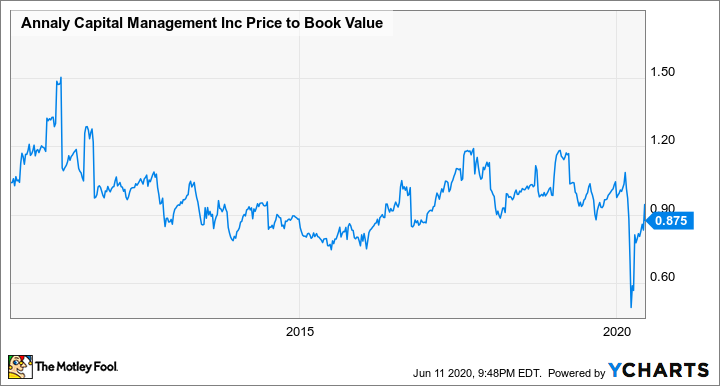 The mortgage asset markets are improving by the day

The underlying value of Annaly's assets is definitely improving. During late March and early April, mortgage servicing rights were highly illiquid, and many were no-bid. Mortgage-backed securities with credit risk were out of favor, and the market was highly illiquid with forced selling. Even Annaly's government-guaranteed mortgage-backed securities were under heavy pressure as investors flocked to Treasuries.

The market in mortgage servicing rights has bounced off the bottom, the securitization markets are returning, and the Fed is actively buying mortgage-backed securities. Suffice it to say that Annaly's book value is north of $7.50 per share right now, so the discount is much more substantial. Between the discount to book value and the robust dividend yield, Annaly Capital is a buy and is one of my CAPS picks.