The midstream company is close to completing its simplification transaction.

Shares of Equitrans Midstream (ETRN 1.22%) surged more than 17% by 2:30 p.m. EDT on Monday. Fueling the energy company's rally was the approval of its merger with affiliate EQM Midstream (EQM).

In late February, Equitrans Midstream announced a series of strategic actions designed to simplify its structure and bolster its financial profile. One of the notable moves it proposed was acquiring all the outstanding EQM Midstream units that it didn't already own in a share-for-unit exchange. Investors in both companies have now approved that merger agreement and the issuance of new common and preferred shares by Equitrans to complete the deal. The companies expect to close the transaction on June 17. 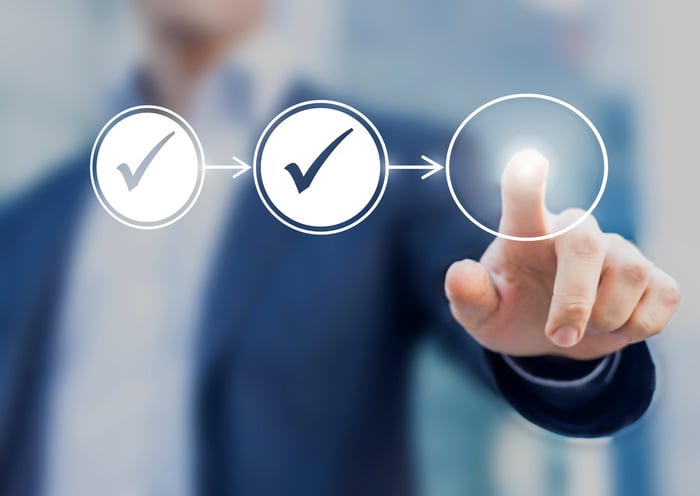 The transaction will create one company to own and operate a large portfolio of midstream assets in the Northeast. That will simplify its corporate structure as well as increase the trading liquidity of Equitrans stock and lower its cost of capital.

Once the consolidation transaction closes, Equitrans will have two primary objectives: Finish the MVP pipeline project and shore up its balance sheet. As things currently stand, Equitrans expects to complete the long-delayed MVP pipeline by early next year. Once it finishes that project and pays down some of the associated debt, Equitrans could be able to start returning more cash to investors via a higher dividend or share repurchase program.