Please ensure Javascript is enabled for purposes of website accessibility
Log In Help Join The Motley Fool
Free Article Join Over 1 Million Premium Members And Get More In-Depth Stock Guidance and Research
By Daniel Sparks – Jun 16, 2020 at 9:01AM

After a huge run-up in Apple's (AAPL -3.00%) stock price over the past year, the company now has a market capitalization of about $1.5 trillion. As the most valuable publicly traded company in the world, it's likely difficult for investors to imagine shares appreciating meaningfully from here. But one massive figure highlights the incredible value of the company's growing base of active devices across the world and may prompt some investors to have a more bullish view for the company over the long haul. In 2019 alone, Apple's App Store ecosystem supported over half of a trillion dollars in commerce, the company said in a press release Monday afternoon.

Here's why this figure bolsters the bull case for Apple stock. 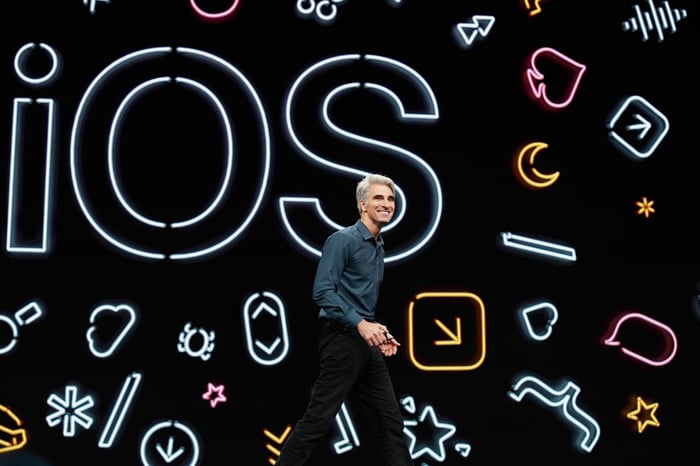 Before the App Store was launched in 2008, the company's business was almost entirely dependent on product sales. But the tech giant's App Store has helped Apple transform its business to one in which its services segment is now arguably its most important catalyst.

Today, the App Store boasts nearly 2 million apps and is visited by about half a billion people every week.

Further, in a new study in partnership with Analysis Group, Apple revealed that its App Store ecosystem supported $519 billion in billings and sales globally last year.

"The results encapsulate the full sweep of the dynamic, competitive, and flourishing app economy, which has unleashed a torrent of innovation across 175 countries and revolutionized the way the world learns, works, and connects," Apple said in its press release about the study's findings.

While Apple only keeps a small fraction of these gross billings for itself, this massive gross spending made possible by the App Store highlights the extraordinary opportunity in front of Apple -- particularly as it relates to the company's services business, which includes revenue from Apple's own apps, its cut of third-party digital goods and services on its platform, and revenue from AppleCare, iCloud, and other services and licensing fees.

Capturing Apple's momentum in services, the segment's revenue in the company's fiscal second quarter was $13.3 billion, or 23% of total revenue. More importantly, this services revenue grew 17% year over year.

With over a half a trillion in billings and sales across the app store, Apple will undoubtedly double-down on serving developers to enable further innovation and tap into this market opportunity with its own new offerings in the coming years.

Apple stock deserves a pricier valuation that it used to

One critique of Apple stock's attractiveness today that its price-to-earnings multiple of 27 is too high. After all, it's been about 10 years since the company was trading at a similar valuation relative to its underlying earnings.

But here's the kicker: Apple is far different today than it was in years passed. The company has traded a meaningful portion of its dependence on unpredictable product revenue for a greater mix of reliable and consistently growing services revenue. Further highlighting the value of this evolution, Apple's services segment has a much higher gross profit margin than its product sales do. In fiscal Q2, for instance, Apple's services gross margin was 65% and the company's products gross margin was 30%. The tech company's services segment's impact on Apple's bottom line, therefore, is much greater than its share of revenue suggests.

Finally, investors should note that Apple boasts 1.5 billion active devices across the world right now -- and that number is consistently growing both on a year-over-year and sequential basis. Apple stands to benefit from both the third-party developers' innovation on its platform and the company's invigorated efforts to ramp up its own services.

Of course, there's always a risk that Apple's App Store momentum and, in turn, its services segment, loses some of its momentum if Apple stumbles when it comes to executing on growth opportunities in the years to come. Investors, therefore, should keep a close eye on services revenue growth and Apple's installed base of active devices to ensure the company can live up to its valuation.

Further, while Apple's services business is becoming increasingly important, it's still a minority compared to the company's product revenue. Apple will need healthy product revenue growth as well to continue justifying its valuation. But as services grow as a percentage of revenue and gross profit, the company will become less dependent on this lower-margin part of its business.