The home fitness equipment maker's stock has risen more than 500% since the pandemic began.

Gyms might be reopening after a three-month lockdown, but consumers apparently are still more comfortable working out at home.

Home fitness leader Nautilus (NLS -2.98%) announced it was offering a new barbell and curl weight system for the home this morning and it's already sold out on the Bowflex website. 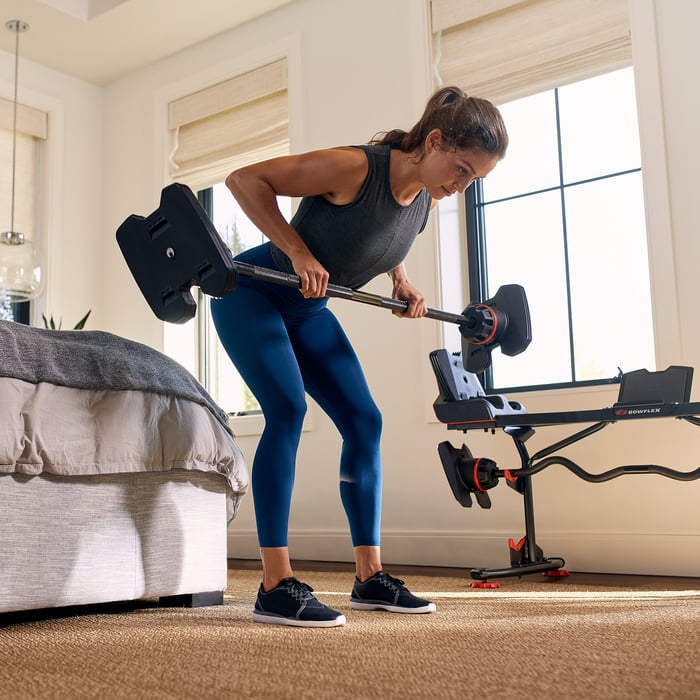 The Bowflex SelectTech 2080 barbell and curl bar system comes with two bars and seven adjustable weights from 20 to 80 pounds that can be upgraded to 120 pounds.

In its press release, Nautilus cited an April 2020 survey published by Statista that showed 21% of respondents didn't feel comfortable returning to the gym or exercise classes for at least the next six months, while 41% said they didn't know when they would feel comfortable going back.

Nautilus CEO Jim Barr said the new system "can be of most help to consumers who are continuing to adjust to their new normal in fitness routines and developing new at-home workout habits."

Although the company didn't say how many sets it had available, it did note they went on sale today and a check of the Bowflex website showed the $549 home system was temporarily out of stock.

Shares of Nautilus were up 12% in midday trading, but have soared 545% since hitting a low point of just $1.20 per share in March. Peloton stocks have also surged during the pandemic, nearly tripling in value to $51 a share as consumers stuck at home sought ways to remain fit.