Users will be able to record voice messages much longer than the standard 280 characters.

Micro-blogging platform Twitter (TWTR 0.43%) announced on Wednesday that it would begin testing voice messages that can be composed with the tap of a button. Each "voice Tweet" will be able to capture up to 140 seconds of audio. If the user exceeds the time limit of the initial recording, the system will automatically create a thread and continue the recording in an additional Tweet.

To compose the Tweet, users will tap on the wavelength icon at the bottom of the Tweet composer window and begin recording. Once the voice recording is completed, users can simply tap the Done button and go back to the composition screen to finish composing the Tweet. 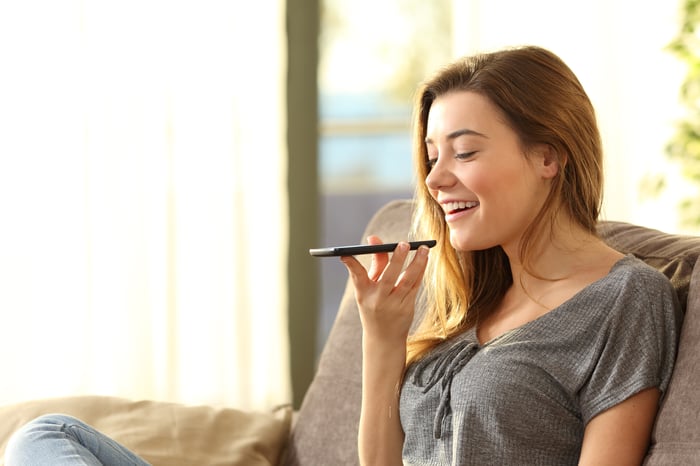 The voice-recordings will appear in the Twitter feed alongside other Tweets, displaying the original users Twitter image. Those interested in listening to the voice Tweet will simply tap the image, and a playback window will open at the bottom of the timeline and begin playing the recorded message. Users will be able to continue scrolling through their Twitter feed while simultaneously listening to the voice Tweet.

The test will initially be available to a limited group of Twitter users on Apple's (AAPL -1.51%) iOS platform, expanding in the coming weeks to all Twitter for iOS users.

"Whether it's #storytime about your encounter with wild geese in your neighborhood, a journalist sharing breaking news, or a first-hand account from a protest, we hope voice Tweeting gives you the ability to share your perspectives quickly and easily with your voice," Twitter shared in a blog. "We can't wait to see how people will use this to make their voices heard and add to the public conversation."

Twitter's technology has evolved over the years, adding the ability to include photos, videos, and GIFs, and even doubling its character limit from 140 to 280 in late 2017.