Please ensure Javascript is enabled for purposes of website accessibility
Log In Help Join The Motley Fool
Free Article Join Over 1 Million Premium Members And Get More In-Depth Stock Guidance and Research
By Will Healy – Jun 17, 2020 at 4:03PM

Uber (UBER 0.30%) will now become a transportation software provider. The San Francisco-based rideshare company signed a deal with Marin County, California, to manage parts of its public transport system with its software.

Once both sides finalize the deal, Marin residents will have the ability to book one of the county's minibuses using Uber's app. Rides will cost $4 per mile, though people with disabilities or other mobility issues will pay a rate of $3 per mile. If another rider is going the same direction, they may also share the cost of a ride. However, due to social distancing restrictions, only two passengers may ride in these six-seat buses.

Proceeds from the rides will go to Marin Transit. The transit authority, in turn, will pay Uber a flat monthly rate of up to $80,000 per month for the duration of the two-year contract, in addition to additional incentives available under the deal. 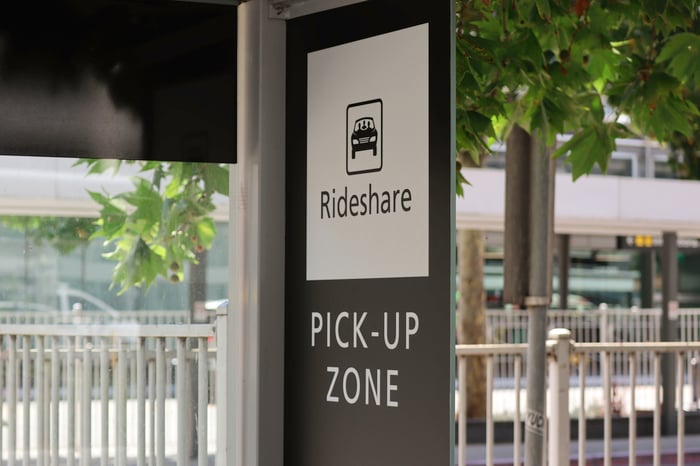 Uber earned $3.54 billion in revenue in the most recent quarter. Consequently, this service will not serve as a significant source of cash for the company. However, this deal could lead to similar agreements with other local and regional entities that could turn such services into a significant revenue source.

"Agencies have been approaching us for years now, trying to figure out ways that they can tap into the technology we've built with Uber," said David Reich, Uber's head of transit. He described the deal with Marin Transit as a "first step" toward providing that service. He added that discussions with other transportation entities are ongoing.

According to Marin Transit, the service will launch on July 1.