Please ensure Javascript is enabled for purposes of website accessibility
Log In Help Join The Motley Fool
Free Article Join Over 1 Million Premium Members And Get More In-Depth Stock Guidance and Research
By Barbara Eisner Bayer – Jun 18, 2020 at 7:15AM

The multibillionaire shares her thoughts on investing success.

When it comes to great success stories, it would be hard to find one more impressive than Oprah Winfrey. From her humble roots growing up in a poor household in Kosciusko, Mississippi, Winfrey had nothing but drive and ambition to guide her on the path to becoming a media mogul, philanthropist, and multibillionaire.

The entrepreneur's rise to fame and fortune came primarily through her media holdings, but she also established some of her formidable stock-buying credibility through her lucrative investment in Weight Watchers International (WW -0.23%) in 2015.

Here are five bits of sage advice from one of the most influential women in the world that can help guide you on your investing journey. 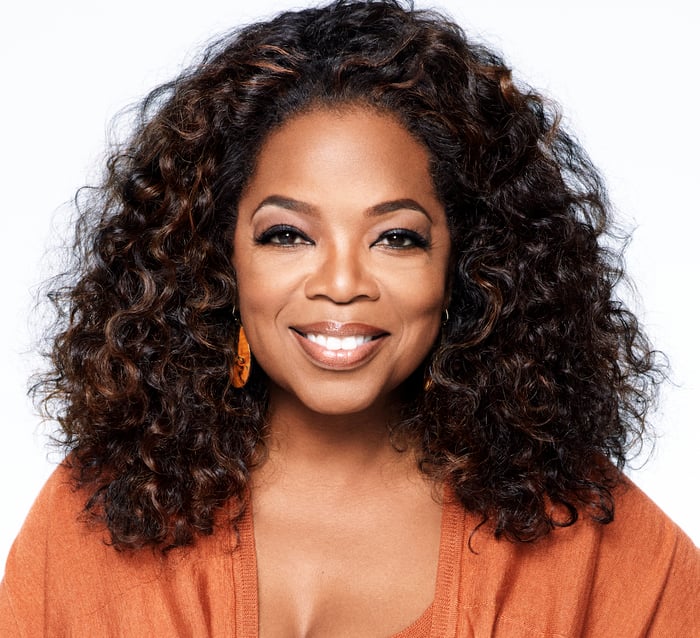 1. Buy what you know

WW has given me the tools to begin to make the lasting shift that I and so many of us who are struggling with weight have longed for. I believe in the program so much I decided to invest in the company and partner in its evolution. -- Oprah

Oprah has always struggled with her weight and very publicly used all types of diets to control it. Reportedly, she tried the Weight Watchers diet and found it a successful and healthy way to lose weight and keep it off. When the company's shares were floundering, Oprah made a 10% investment and also joined the board.

2. Buy and hold for the long term

It's impossible to time the market, which is why successful investors look for companies with strong fundamentals and the ability to achieve long-term success. All companies will struggle along the way, but creating true wealth means keeping an eye on the future instead of taking actions based on short-term challenges a company inevitably will face.

Oprah bought shares of Weight Watchers five years ago when they were selling for $6.79. While news of her purchase caused the stock to initially rise, it then dropped again in 2016. But Oprah still held her shares because she believed in the company's future -- and eventually, the stock increased again, all the way up to $101 a share at one point. Its price has dropped significantly since then, but the megastar is still holding on to her shares.

"I still think twice before I buy anything." -- Oprah

When you see a hot stock, does it make you want to jump onboard so you don't miss the opportunity? That may work out on occasion, but momentum purchases won't always pan out.

Instead, take Oprah's advice and think twice before purchasing shares in a company. Invest some energy in learning about your potential investments and understanding ways to determine if a company is a good value. Learn about investing fundamentals and study valuation metrics, such as price-to-earnings ratios, price-to-book ratios, and return on equity. If you have a fundamental basis for purchasing a company, you'll be able to go back to your original purchase thesis when the company encounters bumps along the way.

4. Failure is part of success

Do the one thing you think you cannot do. Fail at it. Try again. Do better the second time. The only people who never tumble are those who never mount the high wire. -- Oprah

Even the most successful investors will sometimes fail. Warren Buffett -- yes, THE Warren Buffett -- has made his share of blunders. For example, he lost his entire $443 million investment in Dexter Shoes for neglecting to check out the competition, and sometimes he waits too long to pull the trigger on a sale while the stock may sink lower and lower.

You're going to make investing mistakes. But the important thing is to learn from them, keep investing, and avoid making the same errors again.

5. There are no free rides to wealth

The big secret in life is that there is no big secret. Whatever your goal is, you can get there -- as long as you're willing to be honest with yourself about the preparation and work involved. There are no back doors, no free rides. There's just you, this moment, and a choice. -- Oprah

Investing in the stock market is one way to create wealth. By consistently investing your savings year after year, you can watch your balance grow and your wealth accumulate. One of the best ways to invest is through retirement plans, such as 401(k)s or IRAs, which have tax advantages that can help your money grow over the long term.

Can you become a millionaire through investing? Yes, because as Oprah says, it's really not a secret. By setting goals, saving money, and doing the work necessary to make sure that your portfolio stays balanced and diversified, the million-dollar mark is within reach.

Oprah Winfrey has been an inspiration to everyone who started with very little. Through grit and determination, the media mogul has accumulated a fortune worth $2.6 billion. Following her advice may not turn you into a billionaire and definitely won't get you a free car, but it will help you have enough money to enjoy your life, have a comfortable retirement, and buy any car your heart desires.

Why Monsanto, Jack in the Box, and Weight Watchers International Jumped Today