Please ensure Javascript is enabled for purposes of website accessibility
Log In Help Join The Motley Fool
Free Article Join Over 1 Million Premium Members And Get More In-Depth Stock Guidance and Research
By Donna Fuscaldo – Jun 18, 2020 at 9:25AM

The social media giant will also hire an outside party to assess its privacy practices.

Facebook (META -2.88%) is vowing to be more transparent about its privacy policies, announcing it will share its practices with a new board of directors committee and with the Federal Trade Commission.

In a blog post, the tech company said it plans to place more emphasis on privacy as a company, and will hire a third-party independent assessor to review its privacy practices and report their findings to both the FTC and the board's newly created Privacy Committee of. 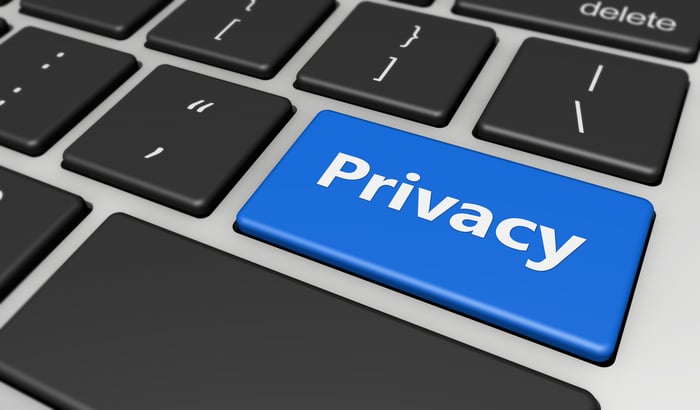 It's no secret that Facebook has a questionable record when it comes to protecting users' data. In July, it was fined $5 billion by the FTC over the Cambridge Analytica scandal in which that now-defunct political consulting company accessed the private information of more than 87 million Facebook users without their consent. As part of its settlement with the FTC, Facebook said it would create a Privacy Committee that would be tasked with ensuring its compliance with the government agency's regulations. It was the largest fine ever levied on a company for violating privacy rules.