Please ensure Javascript is enabled for purposes of website accessibility
Log In Help Join The Motley Fool
Free Article Join Over 1 Million Premium Members And Get More In-Depth Stock Guidance and Research
By Brent Nyitray, CFA – Updated Jun 18, 2020 at 8:37AM

A tale of illiquid markets during a crisis.

The mortgage REIT sector was one of the worst performers in the first quarter of 2020. The COVID-19 pandemic spawned extreme interest rate volatility and a crunch in the credit markets. Even REITs with government-guaranteed mortgages, which theoretically should be almost as safe as Treasuries, were buffeted by margin calls, reported decreases in book value, and announced dividend cuts.

MFA Financial (MFA -5.12%) was one of the hardest-hit stocks, as it had a lot of exposure to mortgages not guaranteed by the government. In a strong economy, that is the right bet. But in a credit crunch, it is the last place a REIT wants to be. 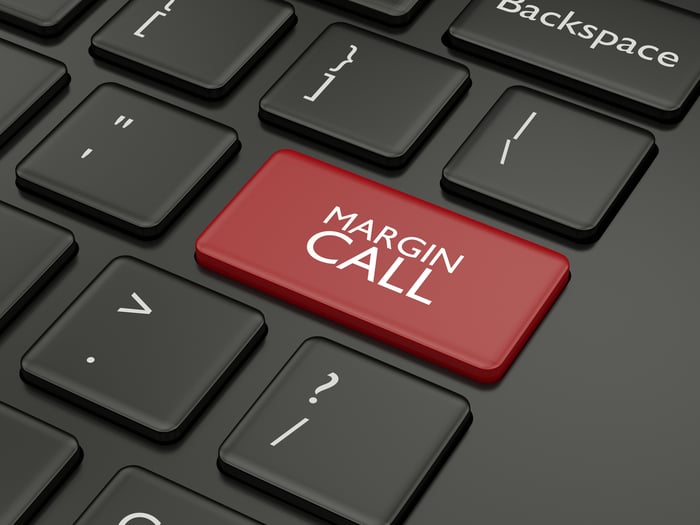 Margin calls were the bane of the mortgage REIT's existence in March and April.

Mortgage REITs generally use leverage (or borrowed money) to increase returns, the same way an investor might buy stocks on margin. The most common form of financing is the repurchase agreement, which amounts to a secured loan. The REIT will sell securities to a bank at a discount to fair value and then agree to buy them back at a higher price on a specified date. The difference between the initial sale price and the repurchase price represents the interest the REIT is paying.

To the bank, the securities are collateral for the loan, and if they start to drop in value, the bank will demand additional cash to make up for the losses during the pendency of the loan. Pretty much every REIT had this problem, and almost all were forced to sell assets to raise the cash to make the margin calls. Most were able to do so.

MFA Financial was not. It entered into a forbearance agreement with its creditor banks while it tried to sell assets and raise capital. The company remains in forbearance.

Recently, MFA Financial released its first-quarter earnings report and gave an update. On the conference call, CEO Craig Knutson gave a rundown of how bad it got in late March. It is a stark account of how things can unravel overnight when liquidity dries up. Some securities which may have moved less than 3% over the past several years suddenly fell 20%. Others were down 50%. Much of the market simply went no-bid.

To put the $800 million in margin calls into perspective, MFA entered the year with $70 million in unrestricted cash. It was able to negotiate forbearance agreements with its banks, which prevented a default. The company retained investment bank Houlihan Lokey to deal with the process and to help it raise new capital while it sold off assets. MFA ended up with a $500 million capital raise with Apollo Global Management and affiliated insurance company Athene Holding, a $1.65 billion non-mark-to-market loan, and a stock purchase agreement. This gives MFA some breathing room as it continues to unload assets and hopefully get out forbearance. The current forbearance period ends June 26.

It's still too early to recommend the stock

MFA's book value per share fell from $7.04 at the end of 2019 to $4.34 at the end of the first quarter. As part of the forbearance agreement, MFA suspended its dividends on common and preferred stock.

It is important to remember that the lower prices were due more to forced selling than to a fundamental change in the value of the assets. For example, the non-government-guaranteed home loans have a loan-to-value ratio of 66%, and were 97.5% current as of the end of March. Unless we see a massive resurgence in COVID-19 cases, these loans are probably going to be "money good."

MFA is trading at a 35% discount to book value, and certainly Apollo and Athene see value, since they committed to buy 4.9% of the company in the market over the next year. But it is hard to recommend the stock while it remains in forbearance with its creditors, and we don't know what the balance sheet is going to look like in the future. Once the company is out of the woods, it will be worth a close look.