The direct-to-consumer health testing market is still nascent, but these companies are leading the way.

Genetic and diagnostic testing start-ups are at the forefront of providing health information as a service for consumers. As is frequently the case in emerging markets, no two testing start-ups have the same value proposition or strategic vision for growth.

Popular direct-to-consumer testing companies like 23andMe, Ancestry, and Everlywell have yet to go public, but investors who are keeping an eye on the future have much to consider. While these start-ups are private companies, any one of them could be headed toward an IPO in the coming years. 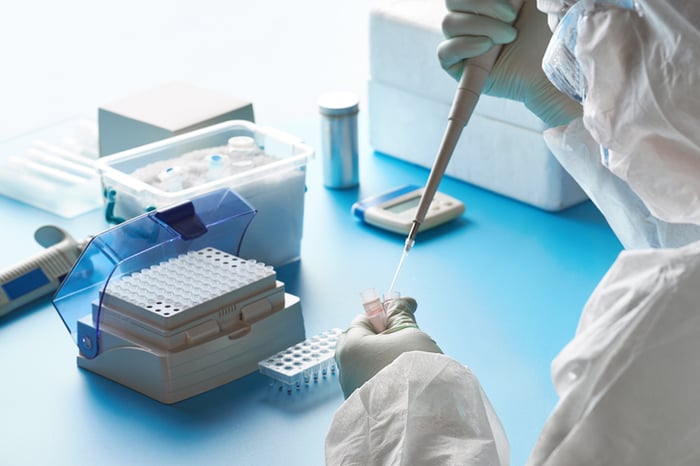 23andMe has two consumer-facing genetic test products: one that provides customers with information about their health risks and ancestry for $199, and another slightly less expensive product that only provides ancestry information. Both products require the customer to spit into one of 23andMe's collection tubes and then mail it back to the company's processing laboratory.

As of 2015, 23andMe also performs early stage therapeutics research. There are several signs that the company wants to expand its therapeutics division further. In 2018, 23andMe teamed up with GlaxoSmithKline (GSK -0.51%) to use its genetic datasets to discover new drug targets. Likewise, in January of this year, 23andMe announced that it had signed an agreement to license a therapeutic antibody candidate to Almirall (LBTSF 4.31%). If 23andMe can leverage its massive collection of consumer genetic data to develop new revenue streams from discovery partnerships for drug development, it will grow rapidly.

Ancestry branches out into genetic testing for health risks

Ancestry is primarily a consumer-facing genealogy research company. Consumers who visit Ancestry's website use the company's software platform to perform public records searches and assemble family trees. The company's revenues come from a paid subscription service that has a larger feature set for genealogy research.

In service of its genealogy products, Ancestry developed its line of AncestryDNA genetic tests so that its customers could use their genetic information to find close relatives. Similarly to 23andMe, Ancestry's DNA service has a health-oriented testing package with optional add-ons and an ancestry-oriented testing package. But Ancestry's packages are less expensive, and customers must buy both products if they want both sets of genetic data. Ancestry outsources its sample processing to Quest Diagnostics (DGX 0.09%), limiting its costs.

So far, more than 15 million people are included in Ancestry's genetic database, but it's important to remember that the company's health-oriented testing package is less than a year old. Millions more people could flock to the platform if its genetic testing for health is less expensive or more understandable than the competition.

Everlywell is a diagnostic testing start-up that has a collection of more than 35 different tests that consumers can use to investigate everything from their food sensitivities to whether they have a sexually transmitted disease. Most of Everlywell's tests require a drop of blood via a finger prick apparatus rather than saliva, so some customers may perceive the tests to be more invasive. Critically, Everlywell's tests don't provide information about health risks on the basis of family history, nor do they offer other ancestry data.

Everlywell has a network of board-certified state-licensed physicians who review a customer's order to ensure the test they ordered is appropriate for them. If the physician approves the test to be sent out, the patient will take their own sample and mail it to a certified lab. The lab processes the test and sends a report to the physician who approves the results and sends them to Everlywell to be uploaded to the patient's online account. If the test is positive, the assigned physician will help the patient determine their treatment plan.

Nonetheless, as a testing-by-mail provider, Everlywell has shown remarkable product development agility. Everlywell has moved quickly to benefit from the pandemic by developing an at-home COVID-19 test product, which was the first from a digital health company to receive an emergency use authorization from the Food and Drug Administration. Either as a result of high demand or low manufacturing capacity, Everlywell currently restricts customers to purchasing one test per household. Given that COVID-19 testing has been in short supply in the U.S., it's possible that the company will be able to expand its customer base by getting people in the door with its COVID-19 tests and then cross-selling other tests afterward.

Last year, Everlywell raised around $50 million from investors, and it may need to raise more if it wants to continue to grow. Everlywell isn't profitable yet, but its leadership expects to be profitable within two years. For now, the company is working hard to produce and ship as many of its COVID-19 tests as possible.

Suzanne Frey, an executive at Alphabet, is a member of The Motley Fool's board of directors. Alex Carchidi has no position in any of the stocks mentioned. The Motley Fool owns shares of and recommends Alphabet (C shares). The Motley Fool has a disclosure policy.