Please ensure Javascript is enabled for purposes of website accessibility
Log In Help Join The Motley Fool
Free Article Join Over 1 Million Premium Members And Get More In-Depth Stock Guidance and Research
By Howard Smith – Jun 22, 2020 at 9:33AM

The airline seeks another $3.5 billion in financing after saying it expects to end June with $11 billion in liquidity.

In a June 12 SEC filing, American Airlines Group (AAL 3.46%) said its cash burn rate would be better than expected for the month of June, at $40 million per day. It also said that it sought to have the burn rate to zero by the end of 2020. In that filing, the airline said it expected to have $11 billion in liquidity as of June 30.

But apparently the company doesn't feel like that is sufficient. Yesterday, it announced it is seeking $3.5 billion in new financing through a combination of a common stock equity offering, as well as convertible note and bond offerings along with a new term loan facility. 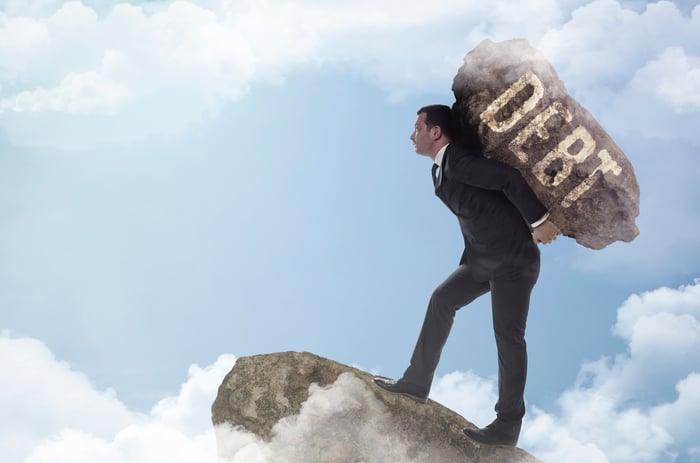 American has said it is seeing an uptick in demand, predicting domestic capacity will be at 55% of last year's level in July, compared to the 25% it recorded in May. The expected $11 billion in liquidity at the of June includes $5.8 billion in federal aid from the Payroll Support Program (PSP) portion of the CARES Act, as well as another $4.75 billion loan from the U.S. Treasury it expects to receive this month.

The new financing includes $1.5 billion of senior secured notes due in 2025, plus a new $500 million term loan facility. The company said it plans to use some of the proceeds and borrowings to refinance a previous term loan facility that is due to expire in March 2021. The remainder of the new financing is comprised of a common stock offering, and convertible notes offering, totaling $1.5 billion.