Strong streaming subscriber growth and signs of recovery in the theme parks point to a revenue bounce. But debt load and lower cash flows may limit the company's earnings growth.

Like many entertainment companies, The Walt Disney Company (DIS -1.39%) has been hit hard by the global pandemic. The good news is that the global company's diverse revenue dreams are showing signs of recovery while its streaming segment has thrived during the crisis.

The new Disney+ streaming service has reached subscriber milestones faster than anticipated and has beaten Netflix and Amazon Prime on customer satisfaction metrics. Many expect that no matter how long the recovery from the pandemic-induced economic slowdown takes, Disney will bounce back stronger than ever and be a stock to own. 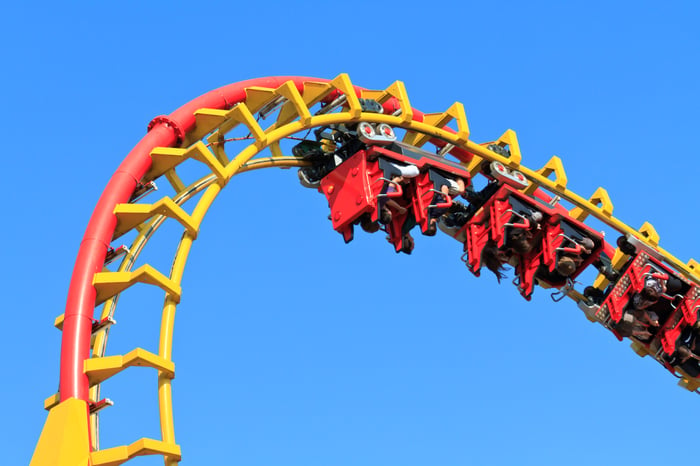 However, with the amount of debt currently on Disney's books, if revenues do not return to pre-coronavirus levels, the company may be forced to reduce capital investments in order to meet its debt obligations furthering revenue deceleration and negatively impacting earnings. Let's explore whether Disney is a stock worth adding to your portfolio right now.

Reasons to be worried about Disney

Disney has taken advantage of the low interest rate environment to finance its purchase of parts of Twenty-First Century Fox and other capital needs with cheap debt. As reported in the company's latest quarterly financials, Disney has borrowed over $55 billion with almost $13 billion payable in the next 12 months. This level of debt might not be alarming if Disney were to continue growing both its revenue and free cash flow but given the global pandemic and its lasting impact, those are unrealistic expectations in the short term.

What would happen if revenues were cut in half for the next year? It is nearly impossible to precisely predict cash flows due to all the variables but for the sake of argument, let's keep it simple; 50% of prior year's revenue leads to 50% of prior year's cash from operations. (There is not a straight correlation between revenue and cash from operations but for simplicity's sake, let's proceed with this round example.)

If Disney's cash from operations is cut in half over the next year (to $2.4 billion), management will face some difficult decisions. First, how much would it spend on planned capital improvements? In the last 12 months, Disney spent $5.1 billion on adding new park attractions, building infrastructure to support the streaming services, and other capital improvements. These investments fuel revenue growth and with less capital being spent in these areas, it is easy to imagine the recovery from the pandemic taking longer than investors currently expect.

Second, should more debt be used to fund the capital projects that are currently being planned? In the last quarter, Disney reported $365 million in interest expense which is a $1.4 billion annual run rate. More debt will only increase this expense and make the debt service more difficult and lead to a lower bottom line. Management has a choice to either cut short term investment and the expected top line growth from that investment or jeopardize the long term bottom line through higher debt costs.

Should you invest in Disney?

No one could have anticipated the outbreak of a global pandemic that would almost completely shut down Disney's theme parks, cruise lines, theatrical releases, and live athletic competitions. When the board and management decided to finance the acquisition of Twenty-First Century Fox with cheap debt, the decision appeared to be reasonable and created a debt load that the company could handle based on expected results.

However, the effects of the global pandemic are going to severely curtail Disney's revenue streams from Parks and Studio Entertainment. The domino effect of these revenue reductions will be shrinking cash flows which will limit Disney's options for growth making it less attractive as an investment. Hold off on making that investment in Disney for now.