Chinese authorities took action after a report of COVID-19 cases among Tyson employees.

China's General Administration of Customs issued a suspension on the imports of some of Tyson Foods' (TSN -1.42%) chicken products, according to The Wall Street Journal. A Tyson spokesperson was quoted as saying, "At Tyson, we're confident our products are safe and we're hopeful consultations between the U.S. and Chinese governments will resolve this matter."

Though the suspension order did not include the specific volume of chicken products involved, it included products that have already arrived in China, as well as products that are in transit, according to the Journal report. 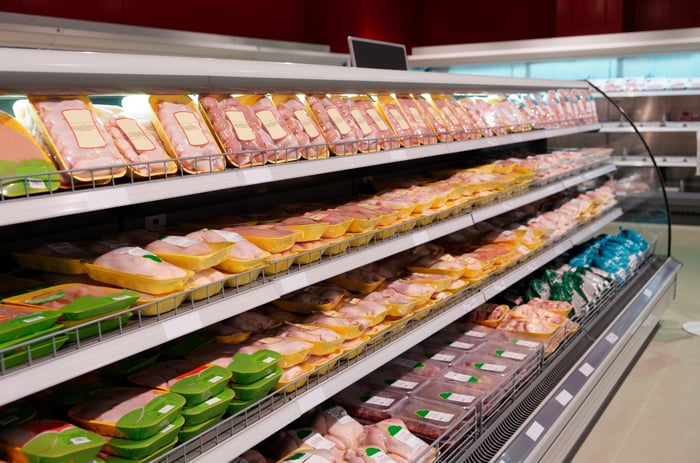 The move comes after Tyson on Friday reported results of facility-wide testing at its operations in Springdale, Arkansas. The company said that 481 employees, or 13% of those tested, had positive COVID-19 results. It said that 95% of the positive tests involved asymptomatic cases. This is in addition to 212 employee cases that were found through tests outside the company. Tyson is headquartered in Springdale and has several facilities in the area. It employees 24,500 people in the state of Arkansas.

The order from China comes after a recent outbreak in Beijing led to flight cancellations and renewed restrictions and health checks to contain the spread. Last week, imports from a German pork producer were suspended after a COVID-19 case was identified at the company.

Organizations including the Centers for Disease Control and Prevention, the Food and Drug Administration, and the World Health Organization have said that there is no evidence COVID-19 is contracted through food ingestion and that it is unlikely to spread on packaging.

Can the U.S. Military Afford to Run on Biofuels?