Here's a sobering look at what you can expect from Social Security down the road.

Are you banking on Social Security to care for you in your senior years? Here's the cold, hard truth: While Social Security does promise retirement income, it very likely won't be enough to support the lifestyle you want. The program simply wasn't designed that way. Social Security is, and always has been, a supplementary source of income that usually covers 30% to 50% of your lifestyle needs.

Despite this knowledge, too many Americans end up mostly dependent on their Social Security benefits. The culprit is a lack of savings. And that's understandable on some level -- it takes decades of disciplined saving and investing to amass a seven-figure nest egg, which is the minimum experts say you need to live comfortably after leaving the workforce. 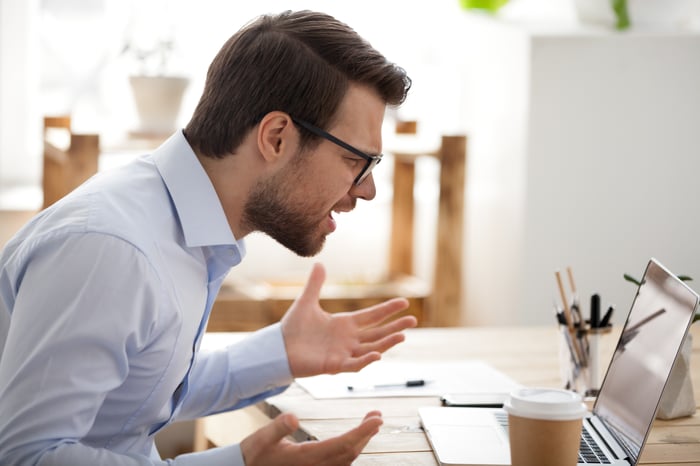 Saving consistently over the long term is hard because it requires tough financial decisions today to benefit some unknown future. We tell ourselves we can't afford it, that we'll save next year, or that we'll figure it out eventually. But that procrastination can cause us to miss the opportunity to secure a comfortable future.

A glimpse at the income Social Security actually provides might motivate you to think differently.

Take a look at the chart below. It shows estimated Social Security annual benefits based on annual salaries ranging from $40,000 to $100,000. These estimates are generated from the Social Security Quick Calculator and assume a current age of 40.

Note that FRA stands for Full Retirement Age, and that's the age you qualify for your full Social Security benefit. Your FRA is based on your birth year, and it's between the ages of 66 and 67.

Although the table shows estimates that make several assumptions about past and future income, the data still share three lessons about Social Security. First, Social Security replaces less of your income when you make more. Second, a higher salary does provide a higher benefit in dollars. And third, if you claim early, you get a lower benefit.

Social Security replaces less of your income when you make more

Social Security benefits are calculated on a sliding scale so that low-wage earners receive a higher percentage of wage replacement in retirement. When Social Security is claimed at FRA, for example, the $40,000 salary translates to an annual benefit that's roughly 50% of the working wage. But the $100,000 salary results in a 33% wage replacement.

The takeaway? The more you make, the more savings you'll need to maintain your lifestyle in retirement. And, no matter what your salary is, if you're living paycheck to paycheck today, you have two options: Adjust your lifestyle now while you're working, or adjust it later when you retire.

Make more, get a higher benefit

Unless you've already maxed out your allowable income for 35 years, you can increase your Social Security benefit by getting a raise and continuing to earn more until you retire.

Claim early, get a lower benefit

Social Security allows you to claim your benefit before or after you reach your FRA. Claiming early results in a lower monthly benefit, and claiming late, a higher monthly benefit. Note that your cumulative lifetime benefit should be roughly the same, no matter when you claim. An early claim trades off a shorter duration of higher payments for a longer duration of smaller payments.

Maximize your Social Security benefit, but keep saving too

You can get a raise now and delay your claim later to secure a higher benefit from Social Security. But that only gets you so far. If you don't have a pot of savings to supplement your income, you face a severe lifestyle change once you leave the workforce. Don't let that happen. Even if you start small, saving something today is better than saving nothing. Make it a habit now, and then keep looking for opportunities to increase those contributions over time.

4 Retirement Strategies That Run Circles Around a 401(k)