Novel coronavirus infections in the U.S. and around the world are surging. Government officials -- including Texas Governor Greg Abbott -- who have pushed to quickly reopen their state's economies are instructing people to stay home and warning that additional safety measures may be necessary, including slowing and even reversing reopening plans. These trends do not bode for well for a cruise industry that's dependent upon health authorities allowing cruise ships -- which have been prone to COVID-19 outbreaks -- to once again set sail.

Moreover, even if sailing restrictions are lifted in the fall -- which appears unlikely at this point -- will people be willing to risk getting sick to go on a cruise vacation? And not just some people, but enough for Norwegian, Royal Caribbean, and Carnival to all be profitable? I wouldn't make that bet. 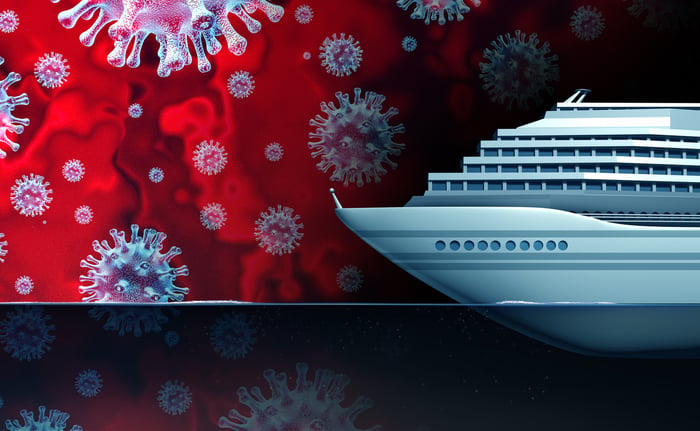 Apparently, neither would Barclays analyst Felicia Hendrix, who cut her ratings on Royal Caribbean and Norwegian Cruise Line from overweight to equal weight on Wednesday. Hendrix cited the dangers posed by the heavy debt loads the major cruise operators have incurred as they scrambled to raise enough cash to stay afloat while their ships are stuck at port. She also warned that cruise lines face an "unclear path" to resuming full operations -- and that the potential for additional delays remains high.

Many investors believe that the worst has now passed for cruise-ship stocks. Unfortunately, that may not be the case.

As more people get sick -- and worse, die -- from COVID-19, it becomes less likely that cruise ships will be able to set sale by October, which is when several cruise companies' self-imposed sailing restrictions are slated to end. Should a second wave of infections sweep over the world in the fall, as many health officials have warned, it's possible that U.S. and international authorities could extend their no-sail orders. That would result in cruise-ship companies burning through even more cash, further pressuring their already weakened balance sheets.

For these reasons, Carnival, Royal Caribbean, and Norwegian Cruise Line Holdings remain high-risk stocks -- and more pain could lie ahead for their investors.