An expensive merger with a subprime specialist is called off.

Ally Financial (ALLY -2.45%) trounced the stock market on Thursday after it and Cardholder Management Services mutually agreed to terminate what was to be essentially a pricey buyout of the latter by the former. Ally wrote in a press release that the termination followed the parties "carefully considering the meaningful impacts of COVID-19 on global markets and the economy."

Ally's would-be acquisition is the parent of Merrick Bank, a somewhat under-the-radar lender that focuses on services for subprime clients (generally speaking, those with credit scores under 660). Originally announced in February, the deal made sense for Ally, as it would broaden the company's customer base.

Ally, once upon a time known as GMAC, was formerly the financing arm of mighty carmaker General Motors. Not surprisingly, today's Ally Financial still has a lending portfolio stuffed with auto loans. For quite some time, it has aimed to bring more diversity to that loan book. 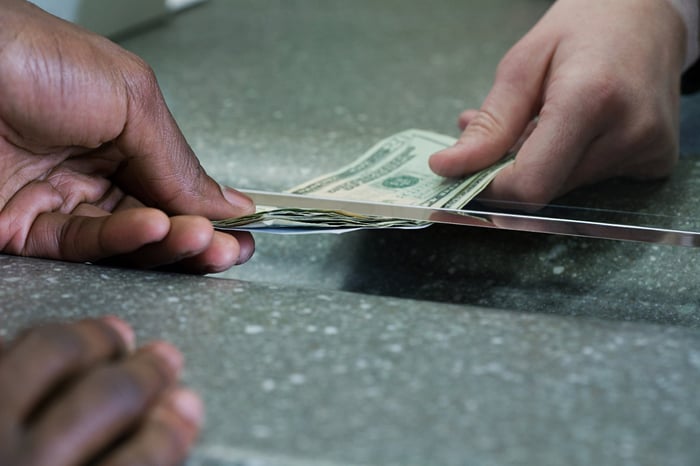 In addition to diversity, owning Cardholder Management/Merrick would also buy some enticing potential growth. According to Ally, Merrick's growth has outpaced that of the credit card industry by a factor of 2.5.

It's not a good time to go shopping for assets in the banking world. Lenders are adding heavily to their loan-loss provisioning. Quite reasonably, they're expecting that defaults will rise significantly inside the coronavirus-ravaged economy. Ally shareholders are likely quite relieved that their company isn't going on this ride, at least not now.