Please ensure Javascript is enabled for purposes of website accessibility
Log In Help Join The Motley Fool
Free Article Join Over 1 Million Premium Members And Get More In-Depth Stock Guidance and Research
By Rich Duprey – Updated Jun 26, 2020 at 7:57AM

Everyone loves a bargain, except investors, who seem to think a falling share price is a reason to sell a stock or avoid adding it to their portfolio.

While that's obviously not true of everyone, since value investors look for good businesses that have been beaten down, it is enough of a prevailing view that it informs the investment decisions of many. Fear of catching the proverbial "falling knife" keeps many investors from buying good companies that are temporarily down on their luck.

Below are three stocks that, while not offering a buy-one/get-one deal on their price, still present a great opportunity to get into good businesses that are currently on sale. 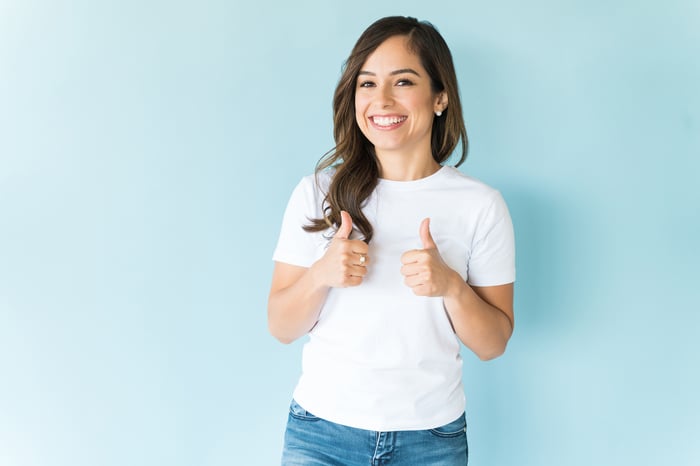 A company like tobacco giant Altria (MO -1.64%) is often insulated by economic fluctuations, which gives it substantial pricing power even amid a secular decline in its industry.

The Marlboro parent's first-quarter earnings report showed a 16% spike in shipment volume as smokers hoarded cigarettes in the early part of the health crisis. Even with the world crashing down around them, smokers want to smoke.

Yet Altria has also been investing heavily in cigarette alternatives, most notably the train wreck that has become Juul electronic cigarettes, but also marijuana producer Cronos Group and oral nicotine delivery systems.

CEO William Gifford told analysts last quarter, "We believe oral tobacco will play a significant role in adult tobacco consumer transition from cigarettes and that our unmatched portfolio will play a leading role in that transition."

Right now represents a perfect spot for investors to take a stake in the tobacco leader. The stock is down 25% from recent highs, which has helped boost its dividend yield to a massive 8.5% with little risk the payout will be cut. Altria reaffirmed its support for the dividend through the pandemic, and with earnings surging 38% last quarter, it should have the wherewithal to continue returning value to shareholders.

Depressed global economies are weighing on oil and gas producers everywhere, and ExxonMobil (XOM 2.10%) has not escaped the gloom-and-doom outlook that's settled over the industry as a result.

Although oil prices have rebounded to above $40 per barrel, liquid natural gas remains at record lows below $2 per million BTUs. Demand remains a problem for both, and it's causing producers to shelve projects they had previously viewed as driving their future growth.

Exxon cut capital expenditures for the year by 30%, but only on short-cycle investments in the Permian Basin. Deepwater resources, like those off the coast of Guyana that it is developing with Hess, are continuing. Analysts view this project as particularly well positioned to gain in the next upcycle.

While Exxon's stock has rebounded 55% from the lows it hit in March, it still trades 40% below last September's price, giving savvy investors a chance to get in on this energy giant cheaply.

Only the lowest-cost projects will move forward until demand rebounds, but by then there will be a shortfall in supply, and prices will need to rise to achieve equilibrium. That means Exxon's discounted price today, coupled with a dividend that now yields 7.5%, makes it a bargain.

With heavy exposure to the Northeast, regional bank leader People's United Financial (PBCT) has seen its share price weighed down by the coronavirus pandemic because of its concentration in the commercial real estate market. Moody's says it is among the highest rated U.S. banks, even if it has declined some over the years.

The financial institution also has been something of a rare entity in the banking sector, having gone on an acquisition spree, snapping up three banks since 2018: First Connecticut Bancorp, BSB Bancorp, and United Financial Bancorp. In the process, it added some $13 billion in assets to its balance sheet, and some think it could be in the market for more.

Yet its growth spurt, spurred on by repeal of some provisions of the Dodd-Frank Act, might just make it a target of a larger financial institution wanting more exposure to the Northeast market. Moody's says People's United "benefits from good core deposit funding which results in little reliance on wholesale funding."

Shares of the regional bank are down 30% this year, and though it's not likely to be a fast-growing stock, it possesses a well-covered dividend yield of 6.1% annually, making People's United Financial a good long-term stock for income-loving investors.