Please ensure Javascript is enabled for purposes of website accessibility
Log In Help Join The Motley Fool
Free Article Join Over 1 Million Premium Members And Get More In-Depth Stock Guidance and Research
By Bram Berkowitz – Jun 27, 2020 at 8:00AM

The asset management and brokerage firm got one massive deal back on track, and closed on other deals that add client assets and new technology.

While most financial firms have spent the last few months trying to put out fires and figure out where the economy will be in six months or a year, Charles Schwab (SCHW -0.83%) has been busy working through acquisitions. The asset management and brokerage firm announced several deals just months before the coronavirus sent the economy into a tailspin. Not only has the coronavirus pandemic slowed merger and acquisitions (M&A) activity in the financial sector, it has even forced many banks to terminate deals. Schwab, however, has managed to make good progress. Here is where it stands on three key deals. 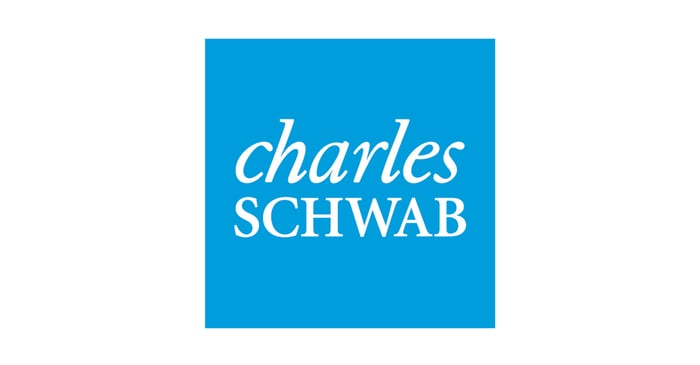 In a landmark announcement last November, Schwab said it would acquire the large brokerage firm TD Ameritrade in an all-stock deal worth $26 billion. The acquisition came amid a shake-up in the brokerage industry, as larger, more established brokers began offering commission-free trades in order to stave off intensifying competition in the space. The deal quickly ran into issues after the Department of Justice (DOJ) began investigating over antitrust concerns. But in recent weeks, the DOJ dropped the investigation, and on June 4, Schwab shareholders approved the deal, getting it back on track.

The acquisition will create a combined institution with $5.1 trillion in assets under management and 24.1 million brokerage accounts, serving 14,500 registered investment advisors. Charles Schwab also estimated that the deal would result in $3.5 billion to $4 billion in savings over time. However, there is still work to do, as the integration of the merger is expected to take between 18 and 36 months to complete, according to the company.

In July of last year, Schwab announced it would purchase select assets from the private bank USAA, which serves military members and their families. The cost of the transaction was $1.8 billion. On May 26 of this year, the transaction closed, adding about $80 billion of client assets under management across more than 1 million accounts. About three-quarters of the funds were in self-directed brokerage accounts, while the rest of the client assets are tied up in investment advisory solutions.

Schwab said in a presentation that the transaction would only increase the company's earnings per share "modestly" in years one and two. However, there could be more opportunities to cross-sell to USAA members, because fewer than 10% utilize investment management services. Schwab also estimated a potential cost savings opportunity of up to 50% of the associated expenses that come with the assets being purchased.

Most recently, Schwab completed its acquisition of the fintech company Motif, a deal first announced just about a month ago. The deal includes all of Motif's intellectual property, and Schwab plans to hire a group of Motif's staff. Through the Motif platform, people can invest in portfolios based on "everyday ideas and broad economic trends," like, say, sustainable or social impact investing.

"We continue to see an increasing number of clients interested in customizing their investing experience to suit their values, objectives and personal circumstances," Charles Schwab's chief digital officer, Neesha Hathi, said in a press release. "We intend to leverage Motif's platform to build on Schwab's existing capabilities and help accelerate our development of thematic and direct indexing solutions for Schwab's retail investors and RIA clients -- all with the sophisticated digital experience our clients expect from Schwab."

Many investors and analysts seem to be bullish on the acquisition of TD Ameritrade because it removes one of the company's largest direct competitors, allowing Schwab to further focus on succeeding in an increasingly competitive and commission-free brokerage landscape. The deal also adds scale and could result in billions in cost savings. I think the Motif deal is also a good move because it shows Schwab is thinking about new ways to reach customers and make it easier for them to invest. Lastly, the fact that the company could approve or close all three deals during the coronavirus pandemic reflects well on management.