Please ensure Javascript is enabled for purposes of website accessibility
Log In Help Join The Motley Fool
Free Article Join Over 1 Million Premium Members And Get More In-Depth Stock Guidance and Research
By Danny Vena – Updated Jun 30, 2020 at 11:41AM

The pandemic has hit the restaurant chain's suppliers hard, and it is doing something to help them.

Chipotle Mexican Grill (CMG -0.84%) announced today that farmers in its supply chain could launch improved versions of their e-commerce sites with the help of Shopify (SHOP -2.50%). With the development or improvement of individualized online marketplaces, suppliers can sell meat, dairy and grain products, and other items directly to consumers across the U.S.

The fast-casual restaurateur said it is assisting in the development of each supplier's website by covering hosting fees on Shopify for two years, and by supporting the design and development of the direct-to-consumer storefronts, according to a press release. 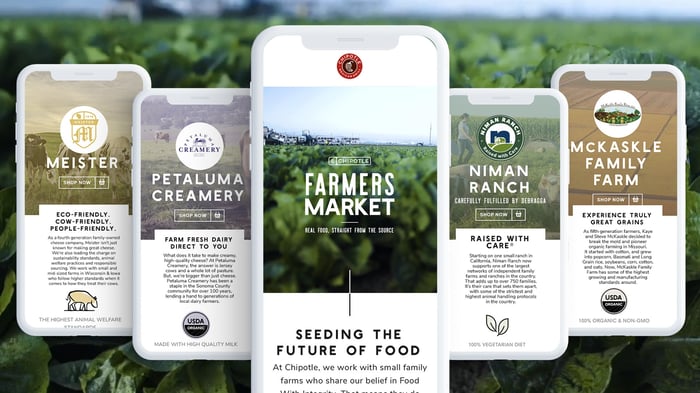 The move comes as farmers are dealing with massive supply chain disruptions resulting from the COVID-19 pandemic. There have been significant demand slumps due to the closure of restaurants, schools, and hotels. This initiative is designed to help support Chipotle's most important suppliers by developing new revenue streams and affording them additional ways to sell their products directly to consumers.

Each of the four initial suppliers (Niman Ranch, Petaluma Creamery, McKaskle Family Farm, and Meister Cheese) has worked with Chipotle for more than a decade. Their storefronts can be accessed at farmersmarket.chipotle.com.

"It can be intimidating for many family farms to change the way they do business, so we're giving our suppliers the right tools and resources to successfully launch improved e-commerce platforms," said Chris Brandt, Chipotle's chief marketing officer. "Our Food with Integrity values start with our farmers, and helping them adapt to new technologies and ways of reaching the consumer is crucial for both the future of the farming industry and Chipotle."

For Shopify, this is the latest move to add to the growing list of merchants on its platform. Earlier this month, Walmart (WMT -0.93%) partnered with it to open its marketplace to Shopify merchants in a move to help it better compete with e-commerce leader Amazon.com.

John Mackey, CEO of Whole Foods Market, an Amazon subsidiary, is a member of The Motley Fool’s board of directors. Danny Vena owns shares of Amazon, Chipotle Mexican Grill, and Shopify. The Motley Fool owns shares of and recommends Amazon, Chipotle Mexican Grill, and Shopify and recommends the following options: short January 2022 $1940 calls on Amazon and long January 2022 $1920 calls on Amazon. The Motley Fool has a disclosure policy.