Please ensure Javascript is enabled for purposes of website accessibility
Log In Help Join The Motley Fool
Free Article Join Over 1 Million Premium Members And Get More In-Depth Stock Guidance and Research
By Prosper Junior Bakiny – Jun 30, 2020 at 11:52AM

The results for INO-4800 were positive, but it’s much too early to celebrate.

On Tuesday morning, Inovio Pharmaceuticals (INO -2.92%) released interim data from a phase 1 clinical trial for INO-4800, its investigational vaccine for SARS-CoV-2, the coronavirus that causes COVID-19. This trial initially enrolled 40 participants between the ages of 18 and 50, but it was later amended to include older participants.

As an early-stage trial, the study is only looking for data about INO-4800's safety and its immunogenicity -- i.e, its ability to trigger the desired immune response in the body. (Note that three of the trial's participants tested positive for COVID-19 at the study's entry, indicating that they had contracted the virus prior to being enrolled in the study, and another left the trial for non-clinical reasons.)

The interim data from the trial found no serious safety concerns associated with the vaccine -- it was "generally safe and well-tolerated." However, participants experienced redness on the skin where the vaccine was administered. Importantly, 94% of them demonstrated an immune response six weeks after receiving the vaccine. Specifically, Inovio said that its potential vaccine has "the ability to generate balanced antibody and T cell immune responses." (T cells are white blood cells that bind to and kill infected cells.) The biotech company plans to start a phase 2/3 clinical trial for INO-4800 later this summer, pending regulatory approval. 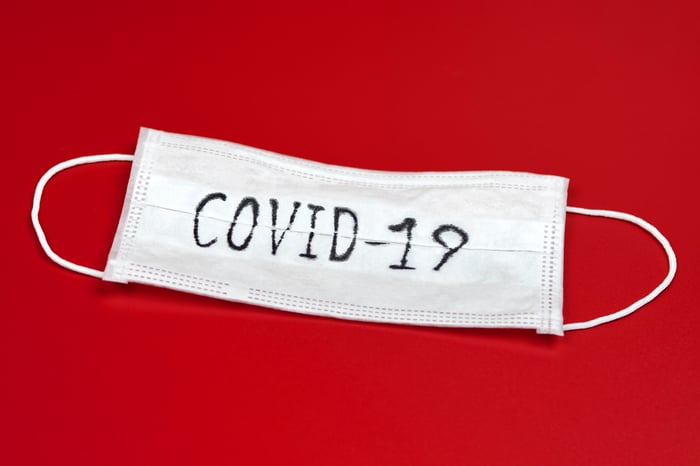 Inovio also announced that INO-4800 has been selected for a study being conducted under the aegis of the U.S. government's Operation Warp Speed, an initiative dedicated to supporting the rapid development of SARS-CoV-2 vaccines. INO-4800, along with other vaccine candidates, will be tested in a non-human primate challenge study in which inoculated animals will be deliberately exposed to the coronavirus.

Also of note, Inovio recently landed a $71 million contract from the Department of Defense, some of which will go toward scaling up the manufacturing of its Cellectra 3PSP smart devices, and the rest to purchase a large quantity of Inovio's Cellectra 2000 devices. Both of these handheld injection systems are used to more-effectively administer DNA vaccines like INO-4800, using electrical pulses to allow the vaccines to directly enter the recipient's skin cells.