Please ensure Javascript is enabled for purposes of website accessibility
Log In Help Join The Motley Fool
Free Article Join Over 1 Million Premium Members And Get More In-Depth Stock Guidance and Research
By Royston Yang – Jul 4, 2020 at 7:36AM

The ride-hailing company continues to suffer from poor ridership as the pandemic drags on.

Uber (UBER 0.30%) saw its stock price decline by 14.4% in June, according to data provided by S&P Global Market Intelligence.

The ride-hailing company's shares remain flat year to date but are still down around 31% from its IPO price of $45 back in May of last year. 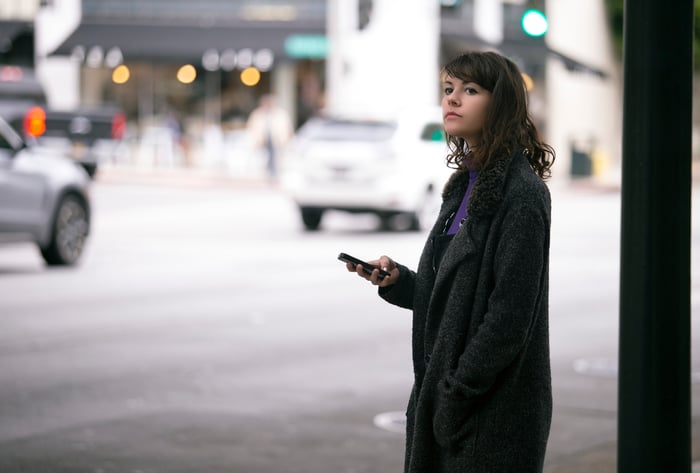 The COVID-19 pandemic has dealt a severe blow to Uber's core ridesharing business. Lockdowns and movement control orders around the world have resulted in significantly lower ride reservations, with bookings plunging by 80% in April. Although the situation improved somewhat in May (as mentioned on CEO Dara Khosrowshahi's conference call to speak about Uber's first-quarter earnings) with increases in bookings in San Francisco, Los Angeles, Chicago, and a few other locations, the overall business remains under considerable pressure.

In May, Uber made two announcements regarding staff reductions, once on May 6 and again on May 18. According to the first announcement, around 3,700 full-time employees will be made redundant as the company cuts its customer support and recruiting teams. The May 18 announcement added on another 3,000 layoffs, and the total severance and termination benefits to be paid out amount to around $145 million to $180 million. These cuts highlight the extent of the damage being wreaked by the virus. In addition to the layoffs, Uber has also closed 45 offices, incurring up to another $80 million in the process.

As a result, Uber is now much leaner. It has 6,700 fewer workers on staff and is also paying less in rental costs due to its office closures. The company was in negotiations with Grubhub, a food delivery outfit, to combine it with Uber Eats, but unfortunately, that deal fell through.

It doesn't help that Uber continued to report a weak set of numbers for its first quarter, even before the full impact of the coronavirus hit the company. Although revenue grew by 14.3% year over year to $3.5 billion during the quarter, the operating loss widened by 22% year over year to $1.26 billion. Free cash flow continued to be absent as the company reported negative operating cash flow.

This dismal set of earnings, combined with the anticipated huge hit to Uber's books for the second quarter, is sure to disappoint even the most ardent optimist.

Investors may argue that the worst may have been priced in and that Uber's shares offer great value at this juncture. However, with the second wave of infections gaining momentum across the US, it seems the pandemic is once again gathering pace. With no end in sight, investors should brace for more red ink from the company.