The content delivery and edge computing specialist is being propelled by our suddenly heavier demand for cloud computing power.

Shares of Fastly (FSLY 5.54%) soared 97.3% higher in June, according to data from S&P Global Market Intelligence. The provider of edge cloud computing and content delivery network (CDN) services continued to thrive due to the social-distancing and remote-work policies demanded by the COVID-19 pandemic. Fastly's stock has more than quadrupled in 2020, including an eight-fold bounce from the market bottom in March.

Fastly didn't provide investors with much company-specific news last month. For the most part, the stock's rise was fueled by a high-octane blend of market momentum and worsening COVID-19 data.

However, one boost along the way was triggered by edge computing client Shopify (SHOP 0.84%), whose e-commerce deal with retail giant Walmart (WMT 1.85%) pushed Fastly's stock 11% higher in a single day. What amounts to a very nice contract for Shopify could be a downright game-changer for the far-smaller Fastly. 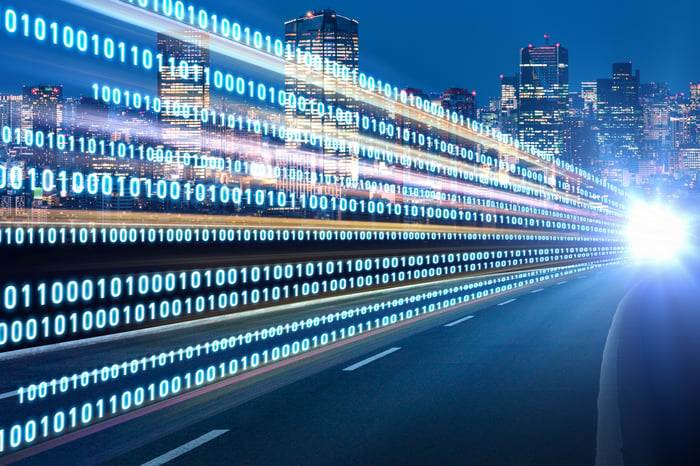 Fastly is a relative newcomer to the massive CDN and software-as-a-service sectors, holding slender shares in markets worth $12 billion and $116 billion per year, respectively. The company's infusion of edge computing tools into a high-quality CDN service also sets it apart from many of its larger and more mature rivals. I do expect Fastly's skyrocketing growth to be bumpy and unpredictable at times, and you might want to wait for a dip before buying in, but this is a promising stock for patient, long-term investors.