The order is temporary pending a review of the pipeline, owned by Energy Transfer LP. The project has been the subject of environmental protests.

A U.S. district court judge ordered the Dakota Access Pipeline temporarily shut down and drained by Aug. 5, according to a Fox News report. The oil pipeline, owned by Energy Transfer LP (ET -0.40%), carries light sweet crude from the Bakken region in North Dakota to major refining markets in the Midwest and Gulf regions. The judge has ordered an environmental review be completed within 30 days.

The news comes just one day after another pipeline project was canceled by Dominion Energy (D 0.21%) and Duke Energy (DUK 0.74%). The cancellation of the Atlantic Coast Pipeline (ACP) project was announced after Warren Buffett's Berkshire Hathaway (BRK.A -1.71%) (BRK.B -1.78%) agreed to buy Dominion's natural gas assets for $4 billion, plus another $5.7 billion of debt. 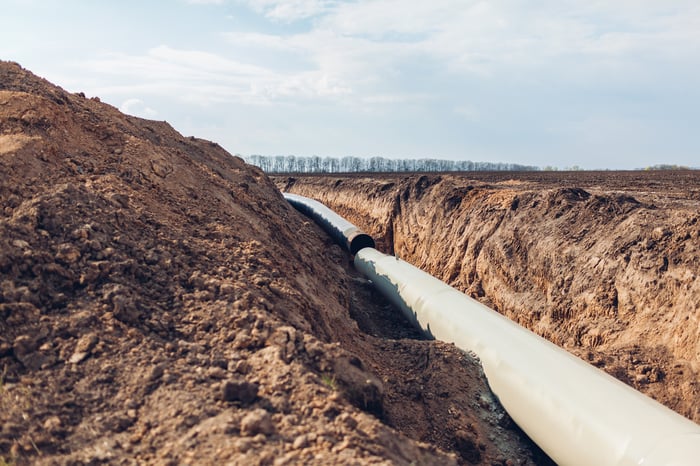 The 1,172-mile Dakota Access underground pipeline went into service on June 1, 2017, and traverses North Dakota, South Dakota, Iowa, and Illinois. It has been the subject of protests from the Standing Rock Sioux Tribe for its potential to cause environmental harm. The tribe draws its drinking water from the Missouri River, under which the pipeline runs.

The federal judge found that the U.S. Army Corps of Engineers violated the National Environmental Policy Act when it granted an easement on the portion of the pipeline running under Lake Oahe, according to the report.

The Army Corps had determined after a yearlong review in 2018 that the pipeline posed no significant environmental threats. But the Sioux tribe maintained the study was flawed. The judge acknowledged the disruption that the shutdown will cause, but determined that it was necessary pending the 30-day environmental review.