Please ensure Javascript is enabled for purposes of website accessibility
Log In Help Join The Motley Fool
Free Article Join Over 1 Million Premium Members And Get More In-Depth Stock Guidance and Research
By Scott Levine – Jul 6, 2020 at 10:29AM

While investors will often turn to utility stocks during periods of market volatility, this wasn't the case with Con Edison in the first half of 2020. Due to a variety of downgrades, a weak Q1 earnings report, and a downward revision in management's 2020 forecast, investors fled their positions in Con Edison's stock. 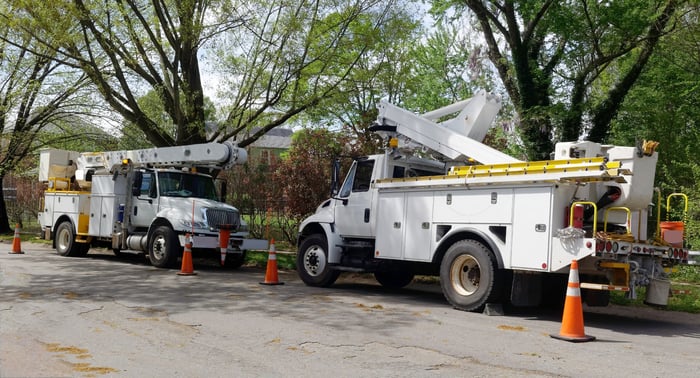 Like many stocks, Con Edison plummeted in mid-March. Whereas the decline in most companies stemmed from the countrywide onset of stay-at-home orders, Con Edison's shareholders had something else in mind: shrinking confidence in the company's ability to service its debt.

On March 17, for example, Moody's downgraded Con Edison's long-term rating to Baa2 from Baa1. And the agency wasn't alone in its view. One week later, Fitch Ratings lowered its outlook to negative from stable. Addressing the revised outlook, Fitch stated that, "Of particular concern is the revenue impact from lower kilowatt hours sales and escalation of bad debt expense, especially in light of Governor [Andrew] Cuomo's executive order to 'stay at home' and the resultant shuttering of non-essential commercial businesses."

In addition to the pessimistic opinions of analysts, Con Edison's Q1 earnings report shook investors' resolve. For example, the company reported a year-over-year decline in operating revenue from $3.5 billion in Q1 2019 to $3.2 billion in Q1 2020. Likewise, it reported a shrinking bottom line: Diluted earnings per share fell from $1.31 in Q1 2019 to $1.12 in Q1 2020.

The company's less-auspicious 2020 outlook represented further concern. Whereas management had originally forecast 2020 adjusted EPS of $4.30 to $4.50, it lowered this guidance in early May to $4.15 to $4.35 per share.

For dividend-minded investors, Con Edison's forward dividend yield of 4.15% may seem enticing, but there are valid concerns regarding its financial health. Besides, there are plenty of better options for investors looking at yield.