Please ensure Javascript is enabled for purposes of website accessibility
Log In Help Join The Motley Fool
Free Article Join Over 1 Million Premium Members And Get More In-Depth Stock Guidance and Research
By Leo Sun – Jul 6, 2020 at 7:30AM

Big advertisers are pulling ads from Facebook as part of the first organized boycott against the social media giant -- but will that change the company's outlook?

Facebook (META -0.54%) is one of the world's largest digital advertising companies, but a growing number of major companies -- including Coca-Cola, Microsoft, Starbucks, Sony, and Target -- recently suspended their ad purchases for at least a month in an organized boycott.

Calls for a boycott started on June 17, when a coalition of civil rights organizations accused Facebook of allowing hate groups to flourish across its social network. 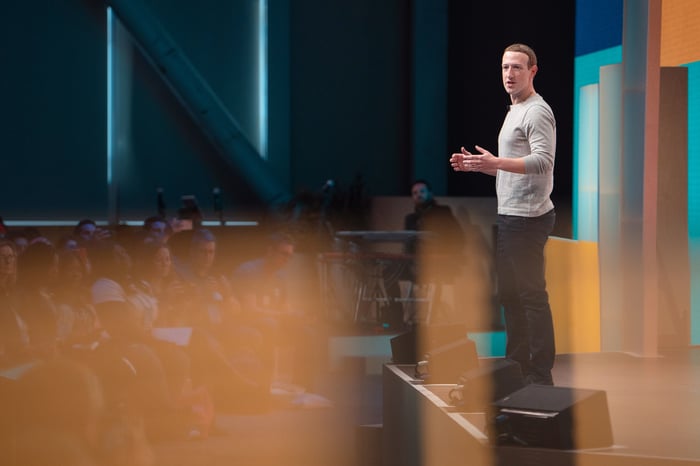 The coalition is demanding policy, algorithm, management, and training changes at Facebook, as well as refunds for advertisers when their ads are displayed alongside problematic content.

This marks the first organized ad boycott in Facebook's history and could throttle its sales of online ads, which generated nearly 99% of its revenue last year. Will this snowballing crisis eventually cause Facebook's stock, which has rallied more than 500% since its IPO in 2012, to give up some gains?

The coalition, which is spreading the campaign via the #StopHateForProfit hashtag, wants Facebook to tighten its controls on hate speech and fake news. Facebook has been tightening up its algorithms and training for human moderators over the past three years, but critics claim its efforts aren't adequate. 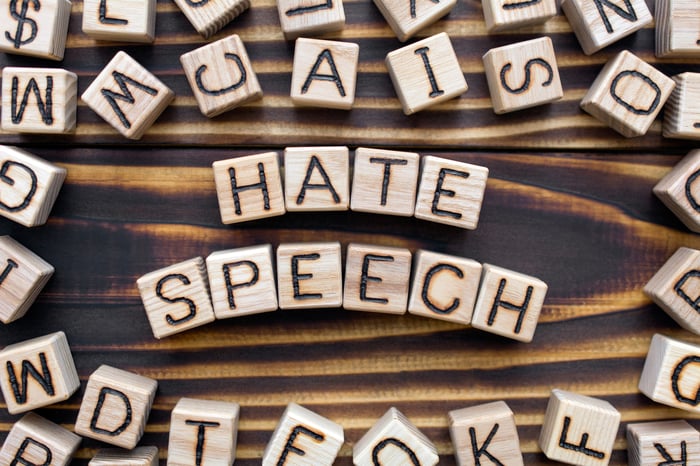 But at the same time, Facebook tweaked its rules to avoid angering the Trump Administration, which repeatedly claimed Facebook and other social networks were biased against right-leaning groups.

Most recently, Facebook refused to remove Trump's post declaring "When the looting starts, the shooting starts" in response to the protests following the death of George Floyd in May -- even after Twitter restricted the tweet with a warning and barred it from being replied to or liked. Facebook also continues to sell political ads with the promise of monitoring them more closely, while Twitter banned political ads last year.

Facebook's vast global reach, with 2.6 billion monthly active users on its core platform, leaves it vulnerable to manipulative governments and extremist groups, as seen in Facebook's admission that its platform was used to "foment division and incite offline violence" in Myanmar in 2018. In short, posts from public figures are blurring the lines between free speech, hate speech, political ads, real news, and fake news on Facebook -- and it could struggle to juggle all these moving parts.

In a leaked recording obtained by The Information on July 1, Facebook CEO Mark Zuckerberg seemingly dismissed the boycott and claimed "all these advertisers will be back on the platform soon enough."

Baird analyst Colin Sebastian recently told Fortune that "hundreds, if not thousands" of Facebook's eight million advertisers would need to join the boycott to make a "real impact." In other words, the deluge of negative headlines probably won't throttle Facebook's near-term growth.

Facebook and Alphabet's Google share a duopoly in digital ads across many countries. Both platforms have been pilloried by privacy advocates and regulators, but both companies' ad revenues continue to rise. Two years ago, the bears claimed Facebook's privacy and security issues, which culminated in a congressional hearing, would doom the company. Its stock has rallied over 40% since then and currently hovers near an all-time high, which suggests investors aren't too concerned about the recent boycott.

The efficacy of Facebook's response to hate speech is debatable, but its core business -- which also includes Instagram and WhatsApp -- remains resilient. Investors shouldn't buy Facebook stock if they have moral objections to its business practices, but this organized ad boycott will probably barely dent its core business.