Retail giant Walmart (NYSE:WMT) is launching a subscription program later this month. The Walmart+ membership program will include fuel discounts, same-day shipping at no additional cost, and other perks, at an annual cost of $98.

Walmart's subscription-plan ambitions were reported by Recode on Tuesday and confirmed by Bloomberg's anonymous insider sources.

Rough sketches of this idea have been circulating since February and many details were nailed down months ago. The original plan called for a launch in March or April, but the COVID-19 pandemic made that move impossible. Walmart still hasn't circled on a firm date on the calendar for the rescheduled launch, but now we know that the introduction should come within a couple of weeks. 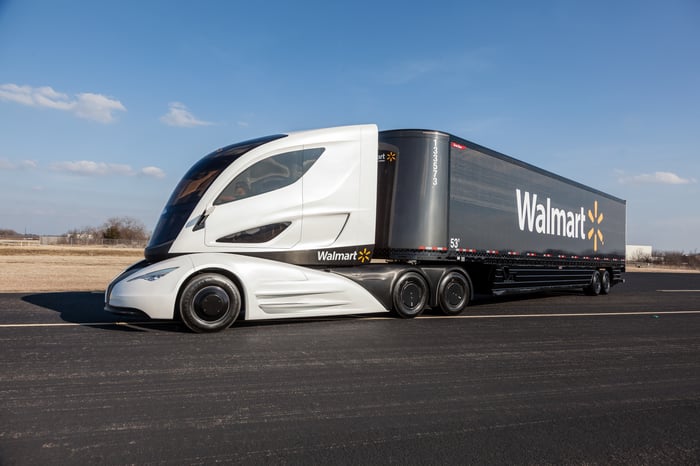 The biggest news in today's report lies in the low annual fee, which undercuts role model Amazon (NASDAQ:AMZN) Prime's $119 yearly membership charge. The $98 annual fee also matches Walmart's existing grocery delivery program, known as Delivery Unlimited. However, that service comes with a limited grocery inventory and a delivery booking system that isn't always available. A true competitor to Amazon Prime would include a more full-featured program with a firm commitment to quick-service delivery times. Walmart+ promises to supply all of this at a competitive cost.

Investors are hungry for an improved version of Walmart's delivery service. Walmart shares immediately rose nearly 5% when this report hit the newswires, while Amazon's shares lost the small edge it had gained from a rosy analyst report.