In July, shares of the coronavirus vaccine developer, however, have given back a chunk of last month's gain: Through Tuesday, July 7, they're down nearly 11%, while the broader market has returned just over 3%. That said, in 2020, they're still up more than 600%, while the S&P has returned negative 1.7% so far this year. 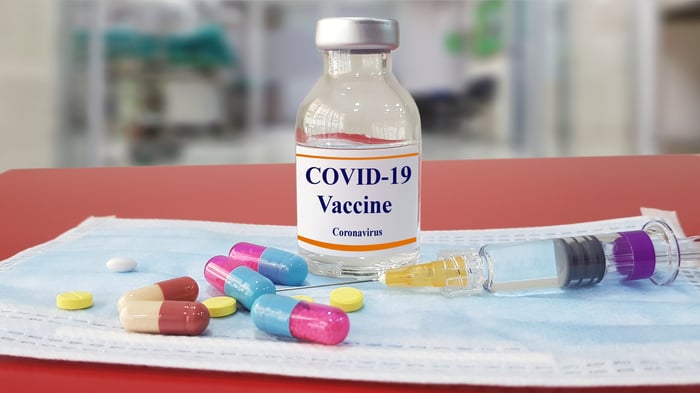 We can attribute Inovio stock's spectacular performance last month largely to its June 23 announcement that it had received $71 million from the U.S. Department of Defense (DoD) pertaining to its two Cellectra devices, both of which are used to administer its COVID-19 vaccine candidate INO-4800.

Inovio stock soared 41% on the day following the release of the DoD contract news, and continued its powerful rise for two more days. In the three-day period following the news, shares of the biotech rocketed 104%.

Shares are down so far in July because they fell sharply in the two-day period following the company's June 30 announcement of interim phase 1 results for its COVID-19 vaccine candidate. Shares dropped 15% on June 30 and then another nearly 27% on July 1.

On the positive side, the study's results showed that 94% of the 40 participants "demonstrated overall immune responses at week 6 after two doses of INO-4800," and this dosage "was deemed safe and well-tolerated with no serious adverse events." However, as my colleague Keith Speights reported, investors were concerned because Inovio "didn't provide any details about how many patients produced neutralizing antibodies. These antibodies prevent infection by the novel coronavirus." 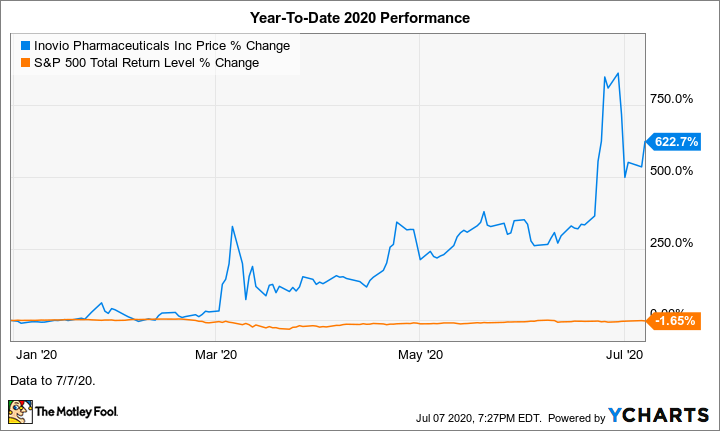 Inovio plans to begin a phase 2/3 clinical study for INO-4800 this summer assuming it receives the FDA's approval.

Inovio stock, like the stocks of other companies in the race to develop a COVID-19 vaccine, can be expected to continue to be extremely volatile. Only investors comfortable with this fact should invest in this space.