Here's how a free-to-use service can help customers save up to 80% on prescription drugs in under 90 minutes, and why it is rapidly gaining popularity.

With record levels of unemployment due to COVID-19, millions of Americans are at risk of losing their health insurance coverage. As the U.S. is currently the only developed nation without universal health insurance, many of the uninsured will need to resort to paying in cash for the cost of elective procedures, essential surgeries, checkups, and prescription drugs. For years, there have been limited options available to keep healthcare costs affordable for the 28 million Americans without health insurance -- until recently.

In 2011, GoodRx was launched as a way to help uninsured Americans find the lowest-cost access to prescription drugs in their area. Since prescription drug prices are not regulated in America, patients could be paying $100 more for the same drug in a pharmacy across the street from another. Before the advent of GoodRx, consumers could not even look up medication on the internet and find the price. 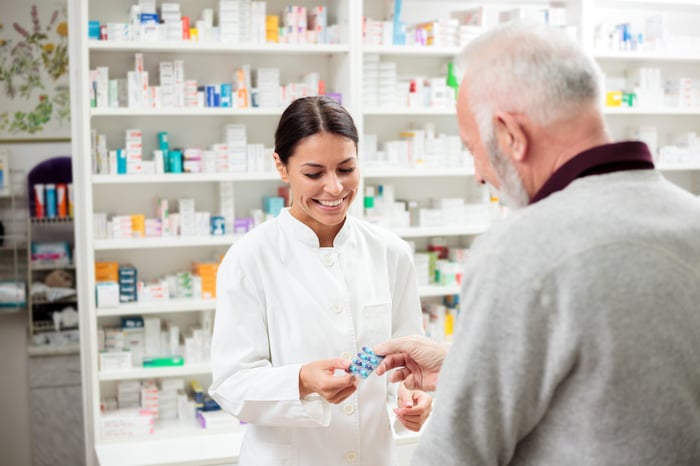 GoodRx serves as an advocate for healthcare consumers by issuing discount cards and coupons for prescription drugs. The service, free to use for consumers, makes money by referring customers to more than 70,000 pharmacies across the nation. The company has helped a total of 100 million Americans since its inception, with more than 17 million active users.

How effective are their services?

Currently, over 50% of physicians in the U.S. recommend patients consult GoodRx before having their prescriptions filled. Depending on the medication, patients who use GoodRx coupons obtained the lowest price between 17% to 96% of the time. The highest reported savings resulting from the use of GoodRx coupons ranged from 50% to 80%. To date, the company has helped consumers save between $10 billion to $20 billion.

In addition, the company recently launched GoodRx Telehealth Marketplace to find virtual healthcare providers and sort them by cash price for virtual visits and medications. With this step, GoodRx is essentially duplicating its coupon and discount services for a prescription drug to physician visits, putting it at the frontiers of affordable telemedicine. If this wasn't enough, the company is also launching a new initiative to help patients refill medications and obtain virtual consulting about their prescription use. 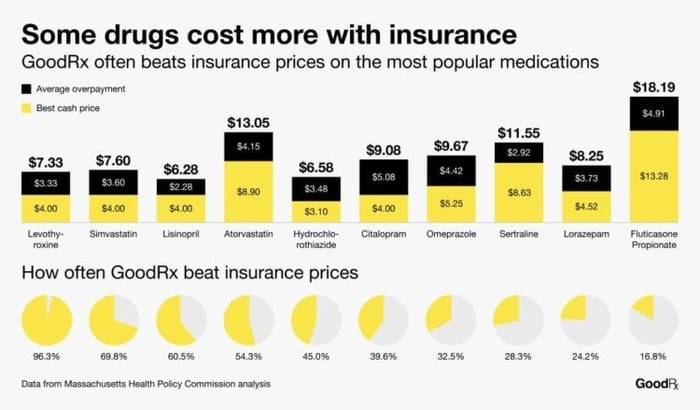 Can the company disrupt the healthcare industry?

Despite years of lobbying and advocacy for universal health insurance, such policy has not been fully enacted in America. As a result, GoodRx's business model will likely be valid for an extended period of time. Since it was founded, the company has grown its revenue by 50% year over year, and in 2018, GoodRx recognized over $100 million in profits. In the same year, the company's private equity valuation surpassed $3 billion.

Overall, the company still has a long way to go when it comes to disrupting the healthcare sector. Each year, the cost of prescription-drug spending is estimated to be $500 billion in the U.S., with a further $300 billion spent as a result of drug-adherence problems. However, GoodRx is one of the only companies in the sector that can profit from the healthcare industry while simultaneously acting in the best interests of consumers. Hence, I expect GoodRx to become a major sector player within the next decade as it rapidly gains traction.