Amid the coronavirus shutdowns, sales of various industries shrank abruptly. Two categories, alcohol and cannabis, bucked the trend. It appears that when you tell adults to stay cooped up in their homes, some tend to use an elixir to calm their nerves. Life has been hard these past few months for many people, but for Constellation Brands (NYSE:STZ), it was well-positioned to thrive in this environment.

In the face of widespread business disruptions, Constellation still managed to grow its free cash flow 24% year over year in the fiscal first quarter (ended May 31) as revenue declined 6%. And it still has $2 billion in available credit, not to mention $303 million of cash and equivalents on hand. As a result, Constellation Brands has the liquidity and strength to pump investment dollars into its next major growth projects: hard seltzer and cannabis. 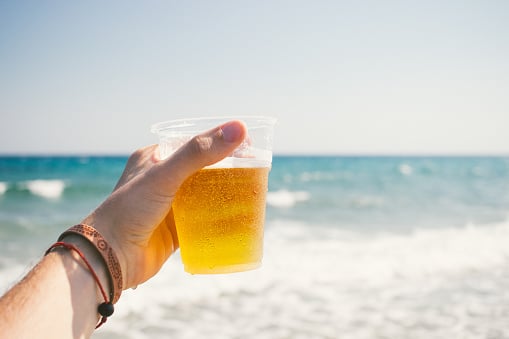 Constellation's Corona Hard Seltzer launched this spring to quite the warm welcome. In just a few short months, this product has already become the No. 4 hard seltzer with about 6% market share in the U.S. The successful launch powered Constellation's Corona brand to double-digit sales growth, far better than most of its other segments. CEO Bill Newlands spent $40 million (the largest brand investment ever for the company) on Constellation's aggressive push into the category -- and for good reason.

From 2018 to 2019, the hard seltzer beverage class grew from 1% to 2.6% of total alcohol sales. Consumers bought 82.5 million cases of the bubbly, alcohol-infused water, powering growth of 226% in 2019 alone. By 2023, case consumption is expected to triple to 281 million cases. Clearly, Constellation is riding the right trend.

The population is more conscious of limiting sugar consumption today than ever before. In this light, hard seltzer is an ideal alternative to sweet mixed drinks or even wine. Constellation's product has zero grams of sugar and an iconic Corona brand to leverage in this segment.

Constellation's partnership with cannabis player Canopy Growth (NYSE:CGC) is the next major effort. This year, Canopy released a (first of its kind) THC-infused drink to mimic the intoxicating effects of beer or wine, under the brand name Tweed. Compared to the considerable calories, carbohydrates, and sugar in traditional alcoholic beverages, Canopy's new offerings can have as little as three calories and no sugar or carbs. Drinking the beverage emulates the feeling of your favorite brew, in a healthier way, according to the company, and this is a major area of focus for the marijuana company going forward.

This spring, Constellation Brands exercised its warrants to purchase an additional 5.1% of the company. The latest purchase brought its total stake in Canopy Growth to 38.6%.

The past CEO of Canopy was undeniably a visionary in the cannabis space. He was also an aggressive spender. With retail rollouts taking longer than expected and still no federal legalization in the U.S., a more careful approach to investment and expansion has been necessary. For Constellation, the company has put large writedowns to its multi-billion dollar investment in the rearview mirror as new Canopy CEO David Klein previously served as CFO with Constellation Brands. Klein appears to be the right person to preserve cash while carefully targeting investment in Canopy's most promising projects like its THC-infused beverages.

Similar to hard seltzer, cannabis beverages are on an impressive growth trajectory. For the category, annual growth of 17.8% is expected through 2025, according to Grand View Research. This would bring the market size to nearly $3 billion over the next five years.

Within the beverage industry, you would struggle to find two more compelling growth stories than hard seltzer and THC-infused beverages, and Constellation Brands is tapping into both categories.