Florida broke the U.S. record for the most new coronavirus cases in a single day this past Sunday with 15,300, and the state recorded 514 deaths last week. But The Walt Disney Company (NYSE:DIS) is on track for its phased Disney World reopening, which began on Saturday, July 11.

The Orlando theme park opened for business with its Magic Kingdom and Animal Kingdom parks. EPCOT and Hollywood Studios are set to open Wednesday. 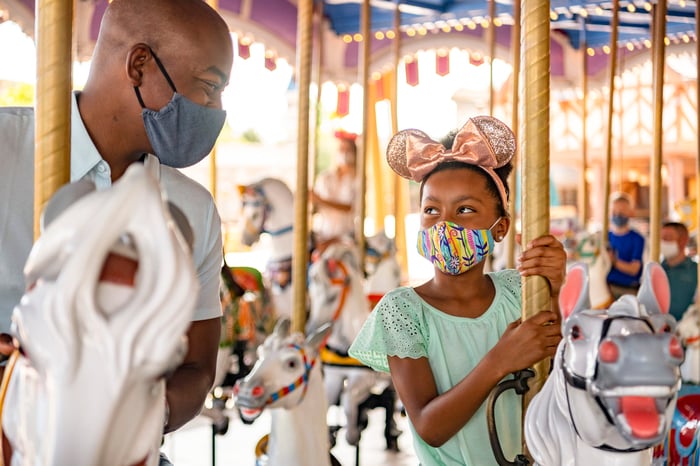 But not everyone is thrilled about bringing people together while COVID-19 is still raging, particularly in Disney World's home state. Fans on Twitter were critiquing the decision to reopen the park, with several people likening it to a horror movie.

What it means for Disney

Disney lost its largest revenue driver when parks were forced to shut down, and it's been mostly relying on its networks and streaming services to make up the slack. The company is counting on park reopenings to rebuild its cash coffers.

But if public sentiment moves against the company, its stock might move along with those opinions. The share price showed a minimal gain as of 11:55 a.m. EDT on Monday morning after the two theme parks reopened over the weekend.

It remains to be seen how well Disney is able to keep the park safe for visitors and how quickly it can fast-track greater capacity, and investors will be watching to see if it's a positive move.