The leading online travel specialist and media stock are trading 19% to 24% off their all-time highs. Let's see which one will bounce back first.

One company wants you to see the world. The other company wants you to show you its World. What if you can't have the best of both worlds? What if you could only own one? Booking Holdings (BKNG -0.47%) is the top dog when it comes to online travel portals. Disney (DIS 0.49%) is the undisputed media giant as the leading global player in theme parks, studio entertainment, and media networks. They both have their strong points, but neither company is firing on all cylinders.

Both stocks peaked several months ago. Disney hit all-time highs just before the Thanksgiving holiday. Booking Holdings shares maxed out in early January. In a surprising twist, Booking Holdings has fared better than Disney. It's down just 19% from its peak, unlike Disney that has surrendered 24% of its value. Let's take a closer to look at both situations to see which stock is the better buy right now. 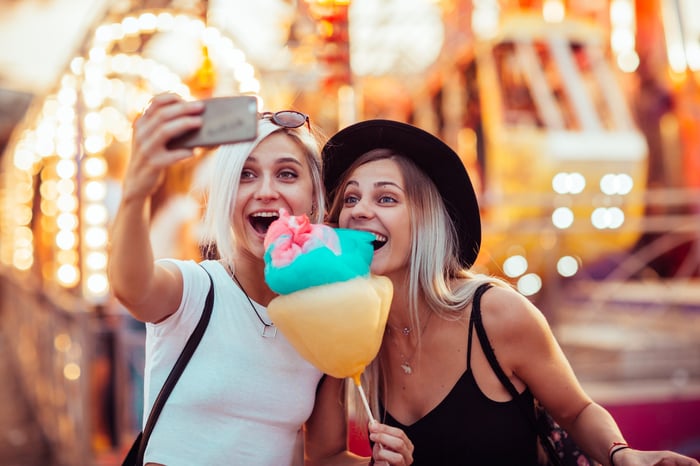 The malaise isn't a surprise. Booking Holdings owns a collection of global online properties, and the pandemic's reach is worldwide. Between Priceline and Kayak in the U.S., Agoda in Asia, and its namesake Booking.com site with its strong European bent, the portfolio has literally been a world of hurt. There's no point in even going over Booking's car rental and restaurant reservation hubs.

Disney's theme parks and the movie theaters that screen its studio releases have been shuttered for months, but there's a lot more to the House of Mouse's empire than physical experiences. Disney's media networks are holding up well through the downturn, and its Disney+ streaming service has been a big winner since launching just two weeks before the stock hit its all-time high.

Disney still took a step back in the quarter that ended in June. Wall Street's bracing for a rare loss on a 38% decline in revenue, but the news is relatively better than what Booking Holdings will be serving in a few weeks. After all, Disney found a way around some of the hurdles that continue to trip up Booking Holdings. It has turned to digital releases from some of the flicks that would've hit the local multiplex. It has opened many of its theme parks, even if they're serving largely locals right now seeking escapism.

The near-term outlook isn't kind to either company, but the long-term view is more encouraging. Analysts see revenue and earnings per share rising above last year's peak showing by fiscal 2023 for Disney and Booking Holdings. Disney still feels like the safer stock and better buy. The travel industry may take a long time to fully recover, but our collective hunger for entertainment is already starting to snap back into place. Disney is the better buy in this scenario.