Beverage sales dove during lockdown conditions in March and April. But Pepsi's other divisions picked up the slack.

Investors were bracing for bad news in PepsiCo's (PEP -0.52%) second-quarter report, which covered the period of the most intense impact so far from the COVID-19 pandemic. Rival Coca-Cola's (KO 0.10%) last earnings announcement described just a sliver of that time frame, and it showed a dramatic drop in beverage sales as consumers ramped up their stay-at-home time.

In its announcement this week, Pepsi did show slumping volumes for drink brands like Gatorade and Pepsi Zero Sugar. Yet soaring results from its snack food business offset nearly all of that decline. 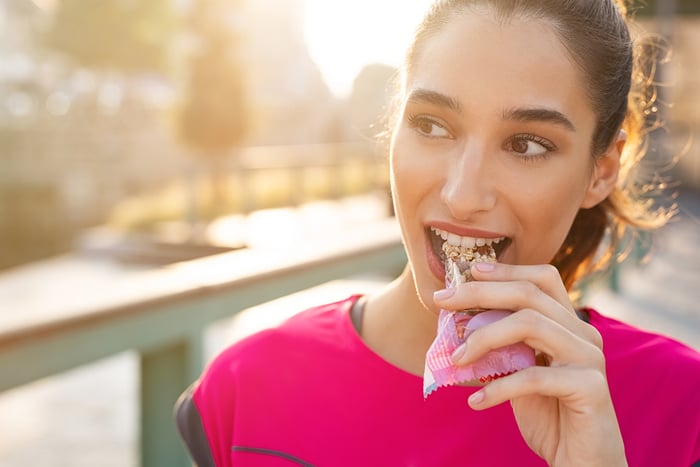 Pepsi's beverage business reported a painful 11% volume decline, which was offset slightly by 3% higher prices. That result is far worse than the 7% increase the company announced in the previous quarter.

But investors were bracing for a worse result, given that Coca-Cola noted a 25% volume slump when shelter-in-place orders took hold across the U.S. in April. The beverage leader reports its results on July 21, but Pepsi's modest decline suggests it at least held its ground on market share during the early days of the pandemic.

Meanwhile, Pepsi's snack and packaged food segments stole the show. Frito Lay enjoyed a 6% spike, or about even with last quarter's results. Its Quaker Food division, which is packed with staples like cereal, rice, and pasta, expanded 26%.

That unit had been growing at an 8% pace before COVID-19 put a new premium on at-home food preparation products. "Despite being faced with significant challenges," CEO Ramon Laguarta said, "our businesses performed relatively well ... with a notable level of resilience in our global snacks and foods business." Overall organic sales were flat for the 12-week period that ended on June 13.

The news wasn't as good on the financial side, where operating margin fell by 2 full percentage points and core earnings dropped by 11%. Pepsi's profitability was hurt by sharp demand declines in some geographies and by the rapid shift in sales volumes away from convenience and on-premises sales. The company also shelled out $400 million in extra costs related to keeping employees safe during the outbreak.

"The months of march and April were particularly challenging," management said in a note to investors, "as global economic growth was contracting and restrictions, closures, and the resulting impact on consumer mobility had a significant impact on our performance."

Yet operating cash flow is still looking strong, with $1.5 billion generated over the last six months compared to $1.4 billion in the year-ago period.

That financial win has management still feeling confident that they'll deliver at least $7.5 billion to shareholders this year, split between dividend payments and stock buybacks. The dividend payment itself is up 7% this year compared to 2019.

Laguarta and his team didn't issue a detailed growth outlook for the rest of the year, but they did say investors can expect to see a slight increase in organic sales, plus further profitability declines in Q3. Neither of those metrics threaten Pepsi's bigger-picture operating story. But they do imply that it might take until at least early 2021 before the consumer staples giant returns to its pre-pandemic expansion rate.