Fleet operators will be able to rent the Workhorse C-1000 vans to try before they buy.

Electric delivery-van maker Workhorse Group (WKHS 2.08%) today said that it is beginning deliveries of its new C-Series vans, and that Ryder System (R 1.15%) will offer the C-Series to its commercial-fleet customers via leases and short-term rentals.

In a joint statement, Workhorse and Ryder said that Ryder will offer its first batch of C-1000 vans, the larger of the two C-Series variants, to fleet managers that are looking for short-term rentals via its peer-to-peer truck-sharing platform.

While Ryder's short-term truck rentals are often used to help fleets handle overflow demand, in this case the program will allow fleet operators to try the new Workhorse vans in various markets without making a long-term financial commitment, the companies said. 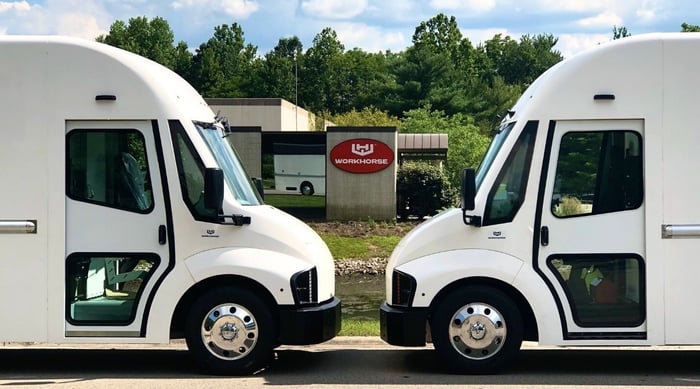 Ryder also plans to offer the vans for longer-term leases in California, where it has 11 facilities with electric-vehicle chargers and the ability to service the vans.

The C-Series vans have lightweight composite bodies with low floors and modular battery packs that give buyers the option of choosing more or less range as needed. In its standard configuration, the C-1000 -- so named because it has 1,000 cubic feet of cargo space -- has about 100 miles of range. Buyers can also opt to order their vans to be compatible with electric package-delivery drones that can be controlled via integrated software, once regulators approve their use.

Workhorse is expected to report its second-quarter earnings results next month.

Editors' Note: This article has been updated to more accurately represent the nature of Ryder's electric vehicle charging facilities in California.

Can Ryder Ride Out a Recession? Its Management Thinks So.