Please ensure Javascript is enabled for purposes of website accessibility
Log In Help Join The Motley Fool
Free Article Join Over 1 Million Premium Members And Get More In-Depth Stock Guidance and Research
By Alex Carchidi - Jul 15, 2020 at 6:22AM

Newly released products will drive revenue growth, but will they benefit shareholders?

There's a lot to appreciate about Boston Scientific Corporation (BSX 1.36%) from a healthcare investor's point of view. Beyond the company's massive line of specialist tools for healthcare workers, its stable of implantable medical devices like pacemakers, and a bevy of simple-yet-critical healthcare staples like catheters, Boston Scientific is effective at serving multiple high-value portions of the healthcare value chain. And, with leadership reporting a new emphasis on expanding the company's offerings in high-growth markets like prostate health and therapeutic oncology, future growth appears to be on track.

But Boston Scientific has a potential debt problem on the horizon, as its $10.6 billion in debt far eclipses its cash on hand of $370 million and rivals the size of its trailing-12-month revenue of $10.8 billion. Should wise investors buy Boston Scientific in hopes that its powerful core business will drive stock growth, or do the company's debts make it too dangerous to touch? 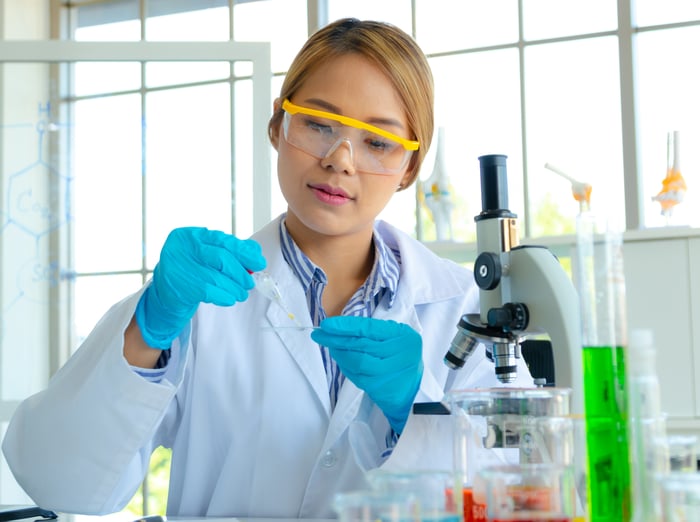 Boston Scientific's impressive profit margin of nearly 40% indicates that the company is both well-run and operationally mature. However, investors should be aware that the company's year-over-year quarterly earnings growth is negative 97.4%, and also that its year-over-year quarterly revenue growth is only 2%. These undesirable values may be leftover effects from financing the company's two acquisitions last year, or they may be indicative of a weakening market exhibiting less demand for the company's key products.

Either way, to pay off $750 million in outstanding debt due in 2021, the company issued nearly $2 billion in new stock in late May, a move that may be replicated next year. This means that, broadly speaking, Boston Scientific is controlling its debt and paying it off efficiently, but it may be doing so in a way that is suboptimal for its shareholders. Potential shareholders will note that Boston Scientific pays no dividends, and the company hasn't announced any plans to do so in the future.

Investors should also be aware of a bizarre and unfortunate trend with the company's stock. Boston Scientific's stock was hammered during the March crash, and it hasn't recovered as rapidly as the rest of the market. This is surprising, as the company reported a handful of positive milestones in the months after the crash, including receiving FDA clearance for a new insertable cardiac monitor, the launch of a new cardiac sensor for clinical use, and favorable late-stage clinical trial data supporting the efficacy of one of its implantable defibrillators. 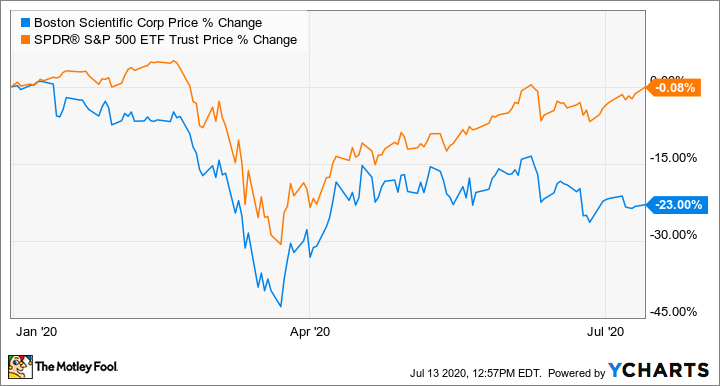 Given that Boston Scientific plans to launch nearly 20 new products in the second half of this year, it's clear that the company has plenty of momentum to continue expanding in its core niches of cardiovascular medical devices and advanced tools for cardiac surgeons. On the other hand, if the news of these product launches draws as little market enthusiasm as the events of the past few months, investors seeking growth will be disappointed.

Thus, Boston Scientific does not warrant a buy at this time, but it might be worth buying in the future. If the company continues to make headway on its debt payments and its revenue in hot markets expands, its weaker financial metrics will improve, and the company will be much more favorable for investors seeking growth. Until then, keep an eye on the company's quarterly earning reports, including the earnings call scheduled for July 29.