One of the most popular dividend stocks on the market has announced its latest shareholder payout. The board of directors of sturdy consumer goods company Procter & Gamble (NYSE:PG) has declared that its upcoming quarterly common stock dividend will be slightly over $0.79 per share.

This will be paid on or following Aug. 17, to investors of record as of July 24. At the current share price, its yield would be 2.5%. The amount matches the previous disbursement, which was made in mid-May. 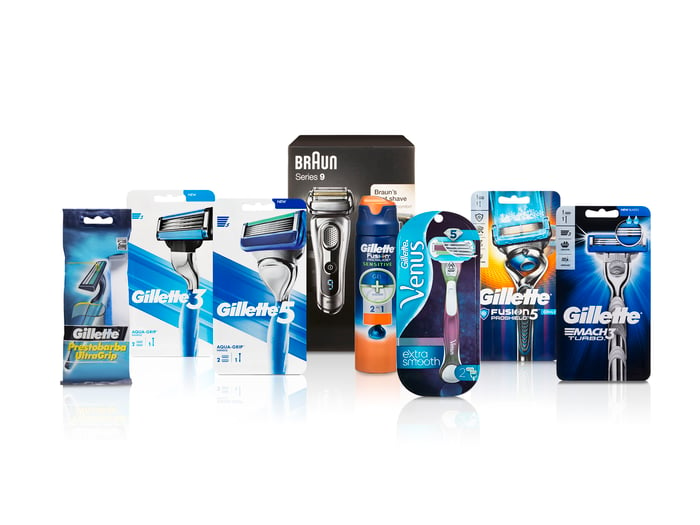 In its announcement, Procter & Gamble didn't hesitate to point out that it has handed out a dividend since its founding in 1890. It is also a Dividend Aristocrat -- one of the rare S&P 500 stocks that has lifted the amount at least once per year for a minimum of 25 years running. Among all Aristocrats, the company has nearly the longest streak going, at 64 years and counting.

As it is essentially a collection of familiar consumer brands (Pampers diapers, Gillette razors, Head & Shoulders shampoo, etc.), Procter & Gamble has struggled at times to grow its business. On top of that, it has had to contend with disruptive upstart competitors determined to grab market share in some of its more popular categories. One example of this is the razor subscription services that came to prominence several years ago.

Yet the company has managed to step lively, growing its top line at decent if unspectacular rates for a mature behemoth. More importantly for income investors, it has lately managed good growth in its traditionally very strong cash flow, providing plenty of funds to support those constant dividend raises.

On Wednesday morning, Procter & Gamble's shares were lagging behind the broader stock market somewhat, with a 0.4% rise.