The audio-streaming service is now available in 92 markets.

Following last week's reports, Swedish music-streaming leader Spotify (SPOT -1.14%) has officially launched in Russia, along with a dozen other markets in Eastern Europe. The other countries are Albania, Belarus, Bosnia and Herzegovina, Croatia, Kazakhstan, Kosovo, Moldova, Montenegro, North Macedonia, Serbia, Slovenia, and Ukraine. The additions bring Spotify's total country availability to 92 markets as the company marches toward its goal of becoming available in "every market in the world."

Spotify estimates that there are approximately 250 million music listeners across those markets combined, underscoring the growth potential. 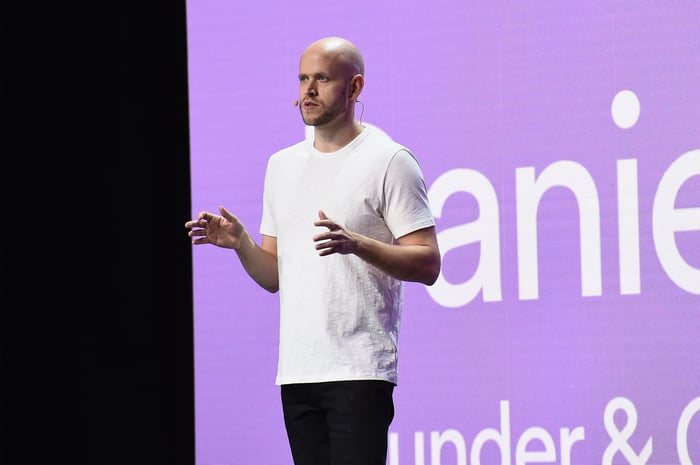 Similar to other country launches, Spotify is putting a heavy emphasis on localized content and personalization to accommodate differing consumer preferences across cultures. That includes a "custom-built experience" for Russia, the biggest of the new markets, according to Spotify's head of markets and subscriber growth, Gustav Gyllenhammar.

"Spotify's arrival in Russia, as well as the additional 12 European countries, is a big step forward in our overall global growth strategy," Gyllenhammar said in a statement. "A fundamental piece of that strategy is staying connected to global culture while allowing room for local adaptation, and we've certainly achieved that with these launches."

Russia is the 17th-largest streaming market in the world, according to the International Federation of the Phonographic Industry (IFPI), and growing rapidly. A estimated 87% of music fans in Russia already access music through streaming platforms, compared to 68% in the U.S. Spotify will be competing with incumbent services in Russia like Apple, VK's Boom, and Yandex (YNDX -6.79%). It's unclear how many Apple Music subscribers are in the country, but Yandex Music has over 3.3 million premium subscribers.

Spotify will offer both free and premium tiers in Russia, with the premium subscription costing less than $2.50 per month based on current exchange rates. The streaming tech company has long varied pricing levels by country around the world in order to accommodate different levels of discretionary income. Additionally, podcasts will not be included in the localized service since that content format is not particularly popular quite yet, although Gyllenhammar told Reuters that podcasts in Russia would be "important to us over time."

To put the opportunity into context, Spotify had 286 million monthly active users (MAUs) and 130 million premium subscribers at the end of the first quarter.

Where does Spotify go next?

Spotify has been vocal about its plans, highlighting Russia and South Korea in recent earnings calls. Now that the music-streaming service has launched in Russia, it's a safe bet that the company will turn its attention to South Korea, which has a population of over 50 million people.

South Korean outlet Sports Chosun reported earlier this year that Spotify was planning to launch at some point in 2020, although those efforts may be delayed by the COVID-19 pandemic. South Korea is the sixth-largest music market in the world, according to the IFPI, and you may have heard of a particularly popular genre that originated in the country.