Shares of Waters Corp. (NYSE:WAT) were surging 12.9% at 1:45 p.m. EDT on Wednesday after the company reported preliminary second-quarter revenue that was higher than expected, and news that it's hired a new CEO.

Demand for the healthcare company's life sciences instruments and supplies has fallen because of global COVID-19 shutdowns. In Q1, a 45% drop in China revenue because of COVID-19 restrictions caused global sales to fall 9.5% year over year to $465 million. 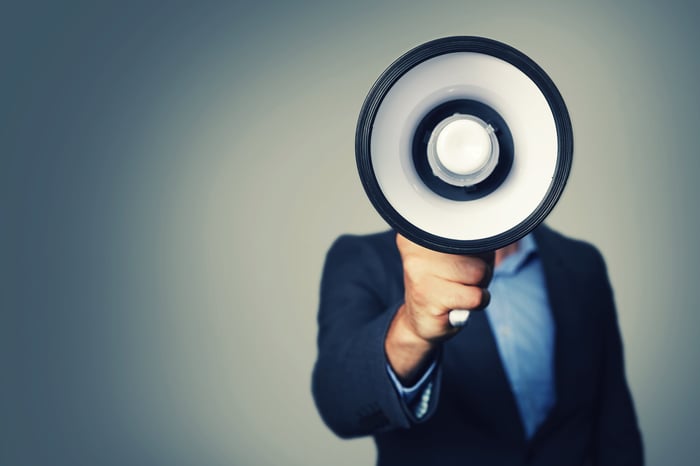 Although sales remained weak in the second quarter because of European Union and United States COVID-19 shutdowns, the decline in demand was less than industry watchers expected. According to management, sales were between $517 million to $523 million in the quarter, down 13.6% to 12.8% from last year. Analysts' consensus forecast was for sales of $485 million.

Waters also announced that Udit Batra, who recently served as CEO of Merck KGaA's life sciences business, will become its CEO on Sept. 1. While at Merck KGaA, Batra ran MilliporeSigma during a business transformation that included integrating Sigma-Aldrich following its acquisition in 2015.

Investors weren't sure what to expect from Waters because management removed financial guidance in April based on uncertainty associated with the coronavirus impact on life sciences demand.

But its better-than-expected second-quarter sales may indicate the worst is behind the company. It may also suggest the company will overdeliver on the bottom line when it reports its audited quarterly results on July 28. For perspective, analysts are modeling earnings per share of $1.51 in Q2, down from $1.98 90 days ago.

If management indicates on its earnings conference call later this month that customer demand is bouncing back, then it may be a good time to put Waters back on your radar given the question of leadership has also now been answered.